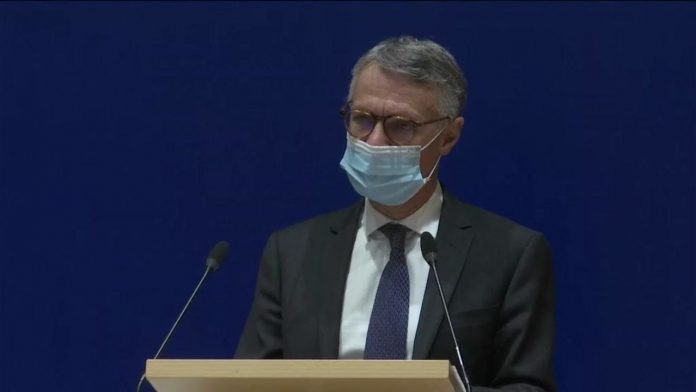 The 18-year-old Chechen, who beheaded a French teacher for showing caricatures of the Prophet Mohammad in a community class, paid students in front of the school to identify him, accusers of terrorism told Jean-François Ricard journalists at a news conference on Tuesday, where he revealed details of the study.

Students at a school near Paris had pointed out that the history teacher beheaded last week for his killer in return for € 300 to € 350, France’s anti – terrorism prosecutor said on Wednesday.

French teacher Samuel Paty had been the subject of an online hate campaign after showing students cartoons of the Prophet Mohammad during a community course, and the killer knew Paty’s name and location of his school after the campaign on social media, Ricard said. But the killer had no way of identifying him at the school gate.

“This identification was only possible with the help of students from the school. They identified him in return for payment,” Ricard told a news conference. The killer, Abdullakh Anzorov, gave part of the sum to a student outside the school and asked him to identify the teacher, prosecutor Jean-François Ricard told a news briefing.

A total of seven people, including two minors, were handed over to a judge overnight as part of an ongoing investigation into last week’s murder of French teacher Samuel Paty.

Two of the students paid by the attacker, aged 14 and 15, were among those presented to the judge, as was the Islamist militant Abdelhakim Sefrioui of the Cheikh Yassine Collective, whose closure could be decided later in the day by the French cabinet.

Paty was beheaded last Friday in broad daylight outside his school in the middle-class Paris suburb of Conflans-Sainte-Honorine by a man of Chechen origin. Police shot dead the attacker.

Investigators say the teenager had tried to avenge his victim’s use of caricatures of the Prophet Mohammad in a class on freedom of speech, as any portrayal of the Prophet is blasphemous, according to Islam.

The killer told teens he planned to “humiliate and beat” the teacher and force him to apologize for showing the cartoons.

A school parent who had posted a video accusing the teacher of using the caricatures in class is also among the seven who have been presented to the judge.

Richard Ferrand, a spokesman for the lower house of parliament and a former teacher, told the French network BFM that parents should “stay out of schools and leave teachers alone. Full authority must be given back to teachers”.

The assassination shocked France and echoed the attack five years ago in the offices of satirical magazine Charlie Hebdo, after the publication also published cartoons of Mohammad. Public figures called Pathy’s killing an attack on the republic and on French values.

The French regional newspaper La Nouvelle République has received threats on social media after it published a caricature of the Prophet Mohammad on the front page, one of its journalists said on Wednesday.

A national tribute in honor of Paty will be held at the Sorbonne University in Paris on Wednesday night.