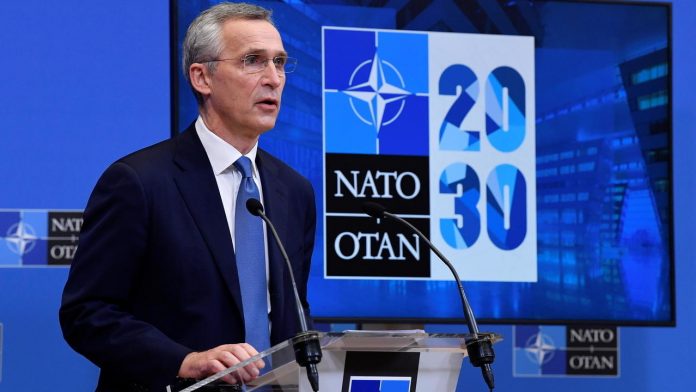 NATO Secretary General Jens Stoltenberg said on Wednesday that the military alliance will only leave Afghanistan when security conditions allow, as a deadline for withdrawing troops is set in a peace agreement with the Taliban is approaching.

NATO has almost 10,000 troops in the war-torn country who help train and advise the Afghan security forces. Most of them are not US forces, but the Allies could not continue NATO’s operation if US transport, logistics and other support were withdrawn.

President Joe Biden is reviewing his predecessor’s deal with the Taliban 2020, which includes a May 1 deadline for a final US troop withdrawal. In Washington, calls are mounting for the United States to delay the final withdrawal or renegotiate the deal to allow the presence of a smaller, intelligence-based US force.

Violence is on the rise and among the sinners are the Taliban, the Islamic State, warlords and criminal gangs.

“Our presence in Afghanistan is conditional, and the Taliban must fulfill their commitments,” Stoltenberg told reporters after chairing a meeting with NATO defense ministers, including the new US Secretary of Defense Lloyd Austin.

“We will only leave when the time is right and the focus now is on how we can support the peace talks,” he said, referring to slow talks between the Taliban and the Kabul government, which began last year in Qatar.

None of the 30 NATO member governments has publicly claimed that the security conditions are right for a withdrawal, and several allies would probably support a longer stay if the United States so requests.

Defense ministers will discuss Afghanistan more broadly on Thursday. But while the US review is underway, it is unlikely that any definite decision on the future of NATO’s operation will be made. It may come when the foreign ministers next meet, in mid-March.

NATO took control of international security operations in Afghanistan in 2003, two years after a US-led coalition fired the Taliban for having former Al Qaeda leader Osama bin Laden. It is the military alliance’s longest, most expensive and most ambitious operation ever.