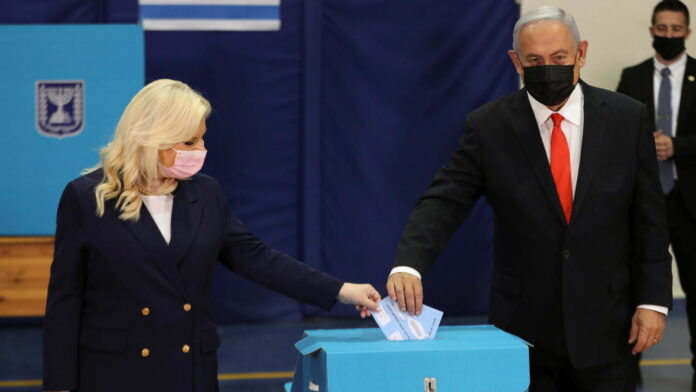 Prime Minister Benjamin Netanyahu failed to secure a solid parliamentary majority in Israel’s elections on Tuesday, but a potential deal with a rival right-wing politician could make him the ultimate winner, TV polls show.

Following a campaign in which he set up Israel’s world-famous COVID-19 vaccination, Netanyahu’s political survival seemed to rest with Naftali Bennett, a former defense minister and leader of the far-right Yamina party.

Israel’s center-left did better than expected, according to opinion polls, but it also came in less than 61 seats in the 120-seat parliament.

Bennett has said he would not serve under the center-left group’s most likely leader, Yair Lapid, head of the Yesh Atid party.

Bennett, a former Netanyahu aide who has long sought to replace him at the helm, remained non-existent about his coalition intentions immediately after the polls closed.

“I will only do what is good for the state of Israel,” Bennett was quoted as saying by a spokesman.

Netanyahu, 71, had fought for his leadership based on a program that has enabled nearly 50% of Israelis to already get two vaccine shots.

Corruption allegations against him, in an ongoing trial, have weighed on his popularity, resulting in Israel’s fourth election in two years. He has denied any wrongdoing.

The dominant political figure of his generation, Netanyahu, has been in power continuously since 2009. But the Israeli electorate is deeply polarized, with supporters praising him as “King Bibi” and opponents holding up placards calling him “Criminal Minister.”

Israel’s rapid vaccine development enabled the country to recover much of its economy before the election, and Netanyahu had promised voters and businesses more cash support and millions more doses of vaccine.