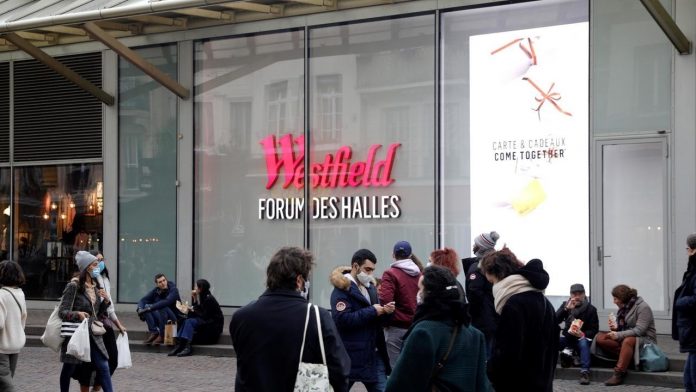 French Prime Minister Jean Castex announced on Friday that France will block travel to and from non-EU countries and close major shopping malls in an attempt to avoid a third lockout of Covid-19. For some French epidemiologists, the new restrictions are not enough to flatten the curve.

“Our duty is to do everything we can to avoid a new deadlock,” Castex said in a TV address that introduced new measures to stop the latest wave of French Covid-19 cases. But the government’s surprising decision not to put the country on lockdown has received criticism from some of the country’s health care staff.

The new measures ban everyone except emergency travel to and from countries outside the EU from midnight on Sunday. People arriving in the EU must present a negative PCR Covid-19 test taken within 72 hours of travel. Shopping malls larger than 20,000 square meters that do not sell food will be closed and fewer customers will be allowed to enter a supermarket at the same time.

The proportion of new infections daily is lower than when the government ordered the last closure in October, but the hospital stay is already comparable.

“All indications are that a new wave may arise due to [more contagious British] variant, but perhaps we can avoid it thanks to the measures we decided early on and which the French people respect, says Minister of Health Olivier Véran to the French weekly Le Journal du Dimanche on Sunday.

He said the number of new coronavirus cases had barely increased last week, while other indicators – such as traces of the virus detected in wastewater – were also reassuring.

“Even when the road is narrow, you have to take it,” President Emmanuel Macron reported as a speaker to ministers at Friday’s meeting.

But some French health experts were not impressed by the new restrictions.

When Dominique Costagliola, an epidemiologist who won the French Inserm Public Health Institute 2020 award for her work on Covid-19 research, was asked about the potential impact of the measures announced by Castex, she addressed the question to her interviewer.

“Do you think there have been any messages?”

‘Nothing that can break the current dynamics’

“These [measures] can not break the current dynamics, said French epidemiologist and biostatistician Catherine Hill to FRANCE 24. “The virus is already circulating in the country so it is too late to close the borders.”

The British variant of Covid-19 now accounts for 10 percent of the cases discovered in France.

“I think the government wants to synchronize locking with the school weekend [starting February 6]. It was enough [Friday] the logic of the night, said Hill.

Bruno Megarbane, head of the medical and toxicological intensive care unit at Paris Lariboisière Hospital, was of a similar opinion. “It is clear that there is a will to wait, probably to meet further restrictions with the February holidays. It will be a lock-in of at least a month, so we must weigh how necessary it is, he says to the TV station LCI.

Hill believes that France must immediately introduce a new lock. Using a graph to explain the current dynamics of the epidemic, she compared the January figures with the periods before the first two locks.

“The number of people admitted to hospitals (in red) and ICU admissions (in blue) has generally been synchronous since the start of the pandemic,” she said. “Now they are rising again to alarming levels. By not locking people in, we are only delaying the inevitable. Hospitals will be flooded. “

“We removed the second lock too soon. We have not come down to the June-July level, as the graph shows,” Hill said.

“Lockdown is a palliative solution,” she added. “I like this quote from an expert from the World Health Organization that I read in The Guardian:” Lockdowns that affect the entire population is a price that countries pay to not ensure that people with coronavirus and their contacts self-isolate … The key to control epidemics … is to test people, track their contacts and ensure that all those who are positive or have been close to those infected are quarantined. ”

Hill also said that by focusing almost exclusively on symptomatic cases, France’s test method was misleading. “More than half of the cases come from people without symptoms. The virus secretly circulates through them. We are not looking for these people, and we will not find them, ”she said, referring to a recent study published in the Journal of the American Medical Association’s open network.

“Nasopharyngeal tests are the preferred tests right now, but they are very painful and limited. We can move on to saliva testing. “Spitting in a pipe will not hurt anyone,” Hill said. To improve the test speed, we can also “merge” them. Instead of testing samples one by one, the samples are collected in groups of 10 or 15. If the test result is negative, we can immediately exclude these people. ”

“We need to take advantage of a new deadlock to test massively and to review our strategy,” Hill said. “If it does not, there may be more lockdowns until enough people are vaccinated.”