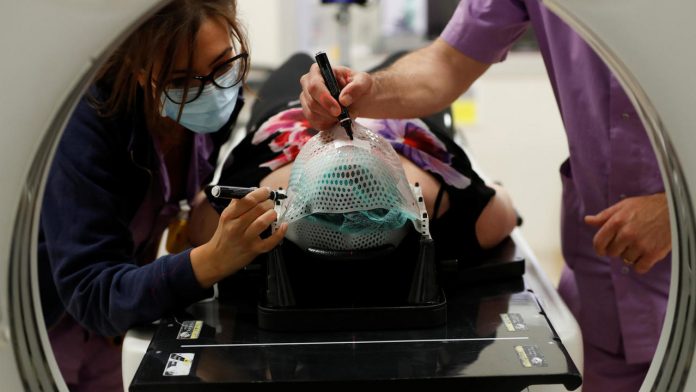 More effective therapies, nanotechnologies and even the prospect of vaccinating against certain tumors: battles may slowly begin to turn in the endless war on cancer.

The second largest cause of death globally, cancer accounted for an estimated 9.6 million deaths, or one in six deaths, in 2018.

Ahead of World Cancer Day on Thursday, here’s a look at some of the more promising developments in the treatment and prevention of the disease.

Immunotherapy drugs, which establish the immune system to recognize and destroy cancer cells, have shown enormous promise against previously untreatable cancers over the past decade.

However, they vary widely between different cancers and only work in about a quarter of all patients.

A major focus of research is now on “increasing the proportion of patients who respond well to immunotherapy”, according to Christophe Le Tourneau, head of clinical research at the French Curie Institute.

One promising path is the development of antibodies that can recognize a specific protein found in cancer cells, “which would help the body destroy those cells,” Axel Kahn, president of the League for Cancer, told AFP.

He said research had shown that the administration of drugs or toxins helped destroy cancer cells after antibodies were detected.

Research is also underway in post-chemotherapy immunotherapy, with the initial treatment creating mutations in cancer cells that can make it easier for the immune system to detect and hunt.

When proteins found in cancer cells bind to immune cells, they send an “off” signal to the rest of the immune system, which inactivates the body’s natural defenses.

This technique has already significantly improved prognosis for some melanoma and lung cancers, and other trials are underway.

Such treatment can also give hope for the 10-15 percent of breast cancer patients who receive so-called “triple-negative” prognosis – tumors that contain neither hormonal nor HER2 protein receptors.

HER2-positive breast cancer tends to grow faster than other forms but it is just as more treatable.

However, triple-negative breast cancer is “usually more aggressive (but) the treatment options available today are not effective enough,” according to the Arc Foundation Cancer Research Center near Paris.

A study with the drug durvalumab published this month in Nature Medicine showed that the antibody was somewhat effective in shutting down the tumors’ ability to evade the immune system.

Trials are also underway to investigate the effect of certain candidate vaccines that may help treat tumors.

The French biotechnology company Transgene is developing a treatment that combines immunotherapy and a viral vector vaccine – a modified virus that delivers anti-cancer instructions to the body.

A similar trial is underway to treat patients with ears, nose or throat.

The Oncopole Toulouse Cancer Treatment Center, which conducts the research, said the treatment acts as a kind of “face recognition service” for the immune system to detect cancer cells and learn to destroy them – similar to how certain vaccines work.

Analysis of the structure and, increasingly, the genetic makeup of cancer plays an important role not only in the prognosis – how likely it is that a patient will recover – but also in what treatment options are available.

“That’s really the main question: it’s not worth giving certain treatments to people who will not benefit from them and it’s absolutely crucial that those who will benefit from them get them,” says Eric Solary, scientific director of the Arc Foundation .

Another area of ​​growing interest is the possible use of nanocapsules – microscopic coatings of metal or grease on existing drug molecules.

The idea, according to Solary, is to better distribute medicine around the patient’s body by allowing it to “go directly into tumor cells and avoid damaging normal cells.”

Similarly, researchers are also investigating the use of genetically modified salmonella bacteria to destroy tumors inside and out – where more traditional treatments, especially chemotherapy, cannot penetrate.