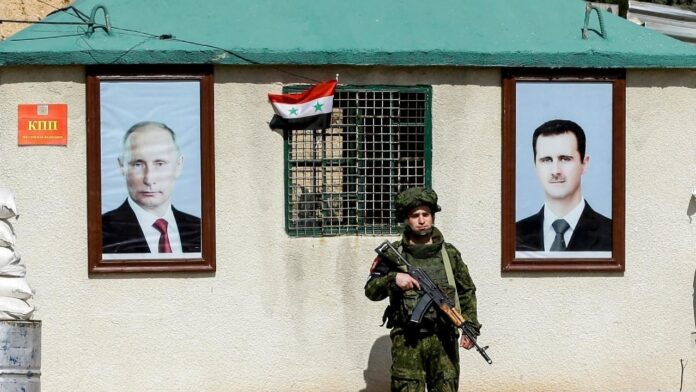 On Monday, three campaign groups announced a landmark in Moscow against the Russian mercenary group Wagner over the torture of a prisoner in Syria, which aims to hold responsibility for a murky combat force with Kremlin links.

The legal pressure on private military contractor Wagner Group follows a wave of torture-related cases in Europe against Syrian regime officials a decade into a punitive war whose tide was reversed by Moscow’s military intervention in 2015.

Three prominent groups of lawyers from France, Russia and Syria filed criminal charges against alleged members of the construction equipment over the 2017 beheading of a man believed to have left the Syrian army.

Wagner has been linked to a powerful ally of President Vladimir Putin, Yevgeny Prigozhin, and the case investigating potential “war crimes” is unlikely to lead to any conviction.

Prigozhin, 59, who has been hit by US sanctions for interfering in the 2016 US presidential election, denies any ties to Wagner.

But the proceedings represent a rare attempt to take Wagner into the open, several years after reports of their deployment in conflicts in the Middle East and Africa first emerged.

“This complaint is important because we are not just dealing with a single crime. This is a whole wave of impunity, says Alexander Cherkasov, a leading member of the Memorial – one of the groups that raises the claim – to AFP.

“People who escape punishment after committing crimes like this are given the opportunity to repeat themselves in places like Chechnya, eastern Ukraine and Syria. Finally, they return to Russia and take to the streets among us. ”

Although private military enterprises are illegal in Russia, Wagner has in recent years played an increasingly important role in supporting and realizing the Kremlin’s ambitions abroad, observers say.

Members of the group were reportedly sent along with Russian warplanes and ground troops after Moscow’s intervention in the Syrian war in September 2015 to President Bashar al-Assad’s army.

Moscow has never confirmed reports of Wagner’s mercenaries, but said on Monday that since its operation was launched in Syria 112, Russian troops had died in combat operations.

Wagner’s presence there was forced into the spotlight in 2018 when the independent newspaper Novaya Gazeta reported that several Russian-speaking men who executed and mutilated a prisoner on video in the eastern Homs province were Wagner warriors.

The complaint lodged on Monday about the victim’s family is aimed at forcing Moscow to bring criminal proceedings against the alleged members of the private entrepreneurship group, which NGOs say is the first case of its kind.

In a statement, the International Federation for Human Rights (FIDH), the Memorial and the Syrian Center for Media and Freedom of Expression said they had submitted evidence that clearly linked at least one respondent to Wagner.

“The Russian government must take legal and moral responsibility for the violations committed by its army, including the private entities involved in external military operations under its leadership, such as the Wagner group,” said Mazen Darwish, director general and founder of the Syrian Center. for media and freedom of expression.

Ilya Novikov, one of the Syrian family’s lawyers, said that according to its constitution, Russia is obliged to investigate crimes committed by Russian citizens abroad.

But, he added, “the commission of inquiry has so far not initiated any investigation into the crime in question.”

The Kremlin said on Monday that it was aware of the complaint, but that it was “a matter for the investigative committee, not the president’s administration”.

It follows dozens of other cases brought in Germany, Austria, Sweden and Norway against officials in the Assad regime by some 100 refugees, with the support of the European Center for Constitutional and Human Rights (ECCHR), a group in Berlin.

Across Europe, activists are working with police and UN investigators to gather evidence and search tens of thousands of photos, videos and files of one of the best-documented conflicts in history.