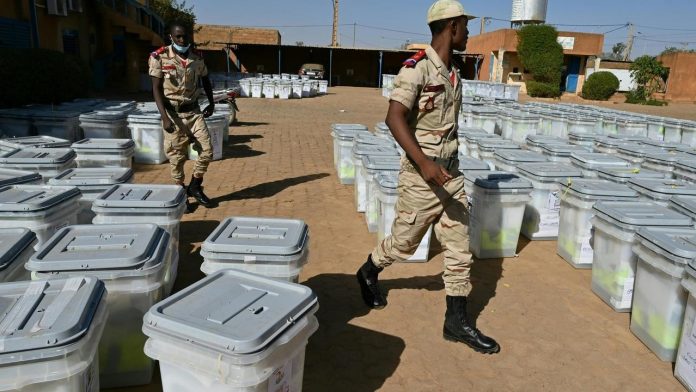 Voters in the Sahel state of Niger go to the polls on Sunday for an election that could seal the country’s first ever peaceful handover between elected presidents, despite a bloody jihadist uprising.

The West African country has been chronically unstable since gaining independence from France 60 years ago and is ranked as the world’s poorest country according to the UN Human Development Index.

About 7.4 million people are registered to vote in the presidency, which coincides with legislative elections.

President Mahamadou Issoufou, who was elected in 2011 after the country’s most recent coup in 2010, resigns voluntarily after two five-year terms.

The leader of the 30-strong field is his designated successor, Mohamed Bazoum, 60, a former interior and foreign minister.

Bazoum’s main rival, former Prime Minister Hama Amadou, 70, was banned last month from questioning the vote on the grounds that he was given a 12-month term in 2017 for alleged human trafficking – a charge he says was false.

The campaign has been overshadowed by the security issue.

Four thousand people in Burkina Faso, Mali and Niger died last year from jihadist violence and ethnic bloodshed perpetrated by Islamists, according to the UN.

In Niger itself, hundreds have died in the last five years and hundreds of thousands have fled their homes.

The economy, which is already fragile, has suffered a devastating blow.

About 42 percent of the population lived on less than $ 1.90 (1.56 euros) a day last year, according to the World Bank, while nearly one-fifth of its growing population of 23 million relied on food aid.

On Monday, seven troops and eleven suspected jihadists died in an ambush in the southwestern region of Tillaberi, the government said on Thursday.

On December 12, 34 villagers in Toumour, in the southeastern region of Diffa, were massacred in the face of municipal and regional elections that had been repeatedly delayed due to poor security.

The army has been massively put to the vote on Sunday, the authorities say.

“Sporadic attacks will not prevent the election stage,” a spokesman said on Thursday. The attack in Toumour triggered a three-day period of national mourning, but the election the next day went smoothly, officials say.