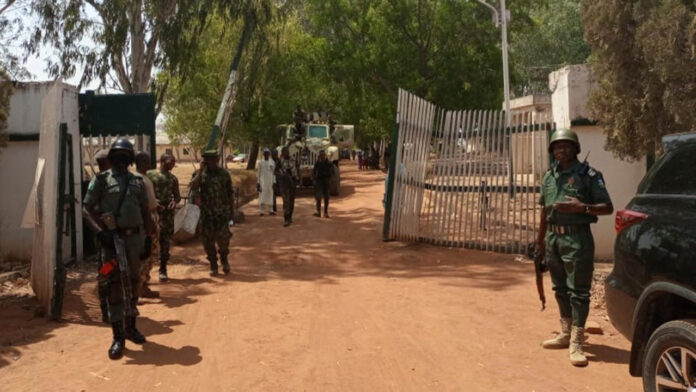 Nigerian security forces intensified efforts on Saturday to rescue dozens of students abducted from their hostels in the northwestern state of Kaduna in the latest attack on schools, police and officials said.

Gunmen stormed the Federal College of Forestry Mechanization in Mando on the outskirts of the state capital, Kaduna city, late Thursday, removing 39 students while the military rescued 180 after a fierce battle.

“A combined team of police, army and other security forces is in a hectic search for the kidnapped students,” State Police spokesman Mohammadu Jalinge told AFP.

“We are combing the surrounding forests and bushes in order to free the hostages. Soon it will be over for the bandits,” he said.

Jalinge said that armed men have not contacted the authorities.

Kaduna College is said to have about 300 male and female students – mostly 17 years or older – at the time of the attack.

“An operation to save the students is underway by security personnel from the army, air force, police and DSS (secret police),” Aruwan told AFP.

“Security personnel are working hard to track down the abducted students,” he added.

Worried parents, relatives and sympathizers have arrived at the school for news.

Heavily armed gangs in northwestern and central Nigeria have intensified attacks in recent years, kidnapping for ransom, rape and looting.

The gangs have recently turned to schools where they kidnap students or school children for ransom – Thursday was at least the fourth attack since December.