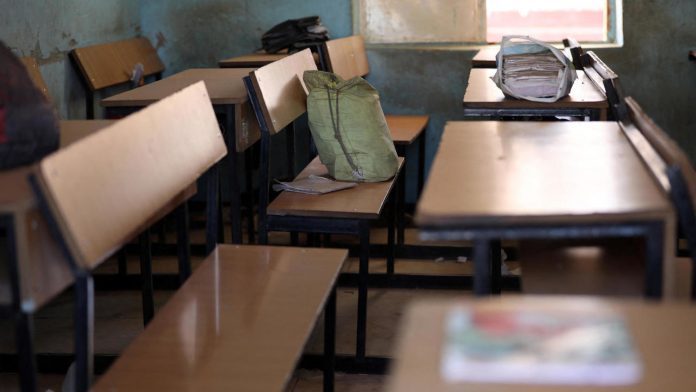 Nigerian President Muhammadu Buhari has sent security chiefs to the state of Niger to coordinate a rescue mission for students and teachers abducted by gunmen late Tuesday. “The President has directed the armed forces and the police to ensure the immediate and safe return of all prisoners,” Presidential spokesman Garba Shehu said in a statement.

Gunmen believed to belong to a criminal gang have abducted 42 people, including 27 students, from a school in central Nigeria, a local government official said on Wednesday, downplaying initial reports that hundreds had been taken.

“They kidnapped 42 people from the school. They abducted 27 students, along with three teachers. One student was killed. They also kidnapped 12 family members of the teachers,” Muhammad Sani Idris, a spokesman for the Nigerian government, told AFP by telephone. .

He added that 650 students had been at the school when it was attacked late on Tuesday.

The attackers in military uniforms stormed the Government College of Science in “huge numbers” in the Nigerian city of Kagara late Tuesday, keeping students in a nearby forest, an official and a security source said.

A student was killed during the kidnapping, the official said.

Northwestern and central Nigeria have increasingly targeted criminal gangs known locally as “bandits” who kidnap ransom, rape and looting throughout the region.

“Bandits entered GSC Kagara last night and kidnapped hundreds of students and their teachers,” said an official who asked not to be identified because of the sensitivity of the matter.

“One of the kidnapped staff and some students managed to escape. The staff confirmed that a student was shot to death during the kidnapping operation,” the official said.

The security source confirmed the details of the attack.

The kidnapping in Niger came two months after hundreds of schoolboys were abducted in the northwestern state of Katsina and then released days later after negotiations with the government.

The gangs, which are driven by economic motives, have no ideological inclination, but security authorities fear that they will be infiltrated by jihadists from northeastern Nigeria, where the army is fighting a decades-long Islamist uprising.