Home NEWS No return to “normal” life until the autumn of 2021, says the...
Facebook
Twitter
WhatsApp
Linkedin
LINE 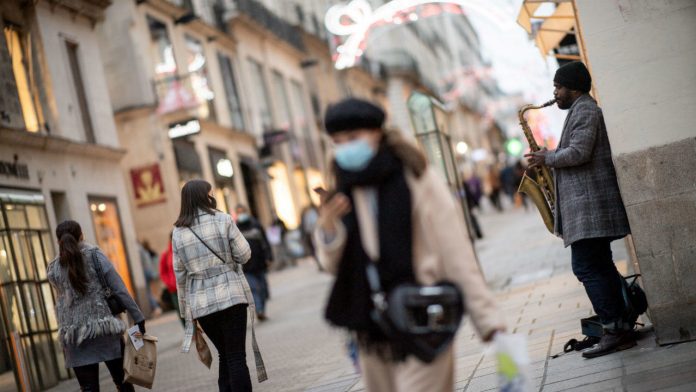 The French public is unlikely to see a return to “normal” life after the coronavirus before the fall of 2021, the president of the French Scientific Council, which advises the government on the Covid-19 pandemic, said in an interview on Friday.

“We have a virus that continues to circulate strongly while we just come out of a second lock,” immunologist and head of the Scientific Council Jean-François Delfraissy told France’s BFM TV.

Delfraissy’s comments came just 24 hours after French President Emmanuel Macron became the latest world leader to test positive for coronavirus. Macron, 42, was tested after “the first symptoms” and will self-isolate for seven days in accordance with national regulations, his office at the Élysée Palace said in a statement.

French Prime Minister Jean Castex will isolate himself after contacting Macron, his office said, adding that he showed no symptoms and had tested negative. First Lady Brigitte Macron will also be self-isolating but showing no symptoms.

A flow of contact tracking followed the announcement as Macron had recently been in contact with several other world leaders. He attended an EU summit in Brussels last week and attended a conference in Paris organized by the Organization for Economic Co-operation and Development (OECD) on Monday. European Council President Charles Michel, Spanish Prime Minister Pedro Sanchez and Portuguese Prime Minister Antonio Costa have all gone into solitary confinement and suspended events following their meeting with Macron.

The timing is difficult for the French leader, who is trying to deal with the pandemic crisis in his own country while keeping an eye on Brexit talks and a host of other international issues.

Macron has repeatedly called for caution against the spread of the virus and in public he always wears a face mask that covers the mouth and nose.

France eased restrictions introduced earlier this week to fight the second wave of coronavirus, but the level of infection is still high.

There is still a nationwide curfew from kl. 20:00 to stop the spread of the virus while restaurants and cafes, as well as theaters and cinemas, remain closed.

More than 59,000 people have died in France since the pandemic began.

Despite the precautionary measures, more than 17,000 new cases were registered on Wednesday alone.