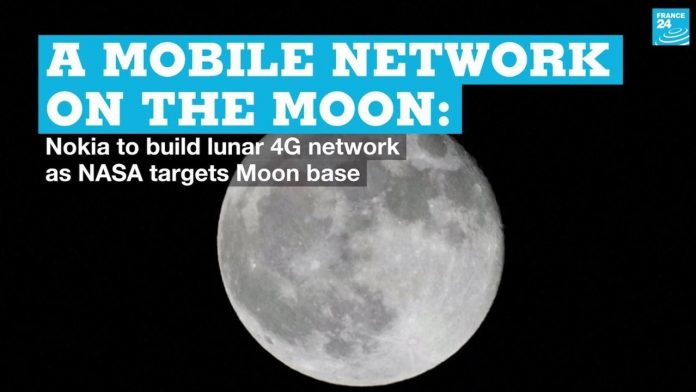 Nokia said on Monday, October 19, that it has been chosen by NASA to install a 4G network on the moon. It will allow astronauts to communicate via voice and video, exchange telemetry and biometric data, and remotely control the moon’s rovers.

The telecommunications company says the network will be operational in 2022 with equipment provided by a lunar lander and designed to be installed remotely.

Under the Artemis program, NASA plans to return astronauts to the moon by 2024.

Then it hopes to establish a base in the late 2020s where astronauts could live for several months at a time and test technologies that could be used for a future manned mission to Mars.

Nokia says it has chosen to use 4G for the Moon network rather than the latest 5G technology because of its proven reliability, but it plans to switch to 5G in the future.