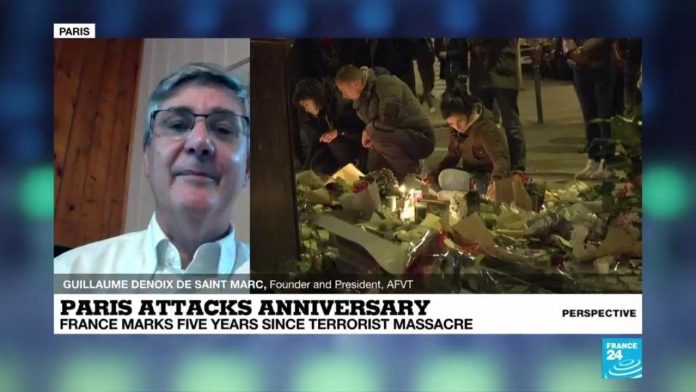 France marks five years since the terrorist attack in Paris on November 13, when 130 people lost their lives in a series of coordinated attacks across the city. We talk to Guillaume Denoix de Saint Marc, founder and president of the French Association for Victims of Terrorism, about how those who survived the terrible night are doing, especially in a new wave of terrorist attacks in France.