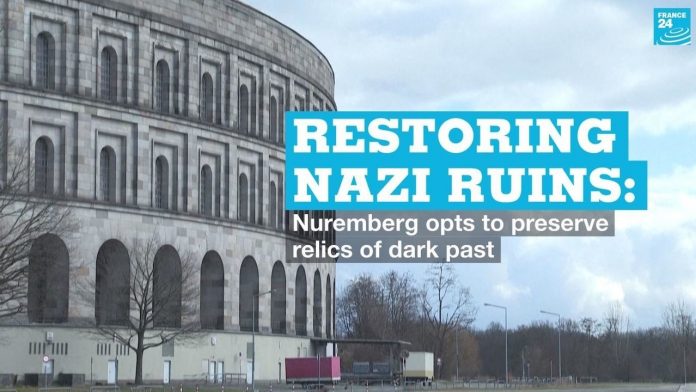 It was infamous because of the location of the large marching areas and torchlights for Adolf Hitler’s Nazi party, but now many of the large structures that the Nazis built in Nuremberg are crumbling. After decades of debate, the city of Nuremberg has decided to preserve the buildings, an extensive conservation effort that costs 85 million euros.

The fate of the buildings in Nuremberg, which includes the Zeppelin tribune, from which Hitler addressed supporters and the large and unfinished congress hall, raises long-standing questions in Germany about how to preserve physical reminders of past crimes without turning them into possible neo-Nazi shrines.

Some, such as Hitler’s bunkers in Berlin, have been demolished for this reason.

But the city of Nuremberg decided to preserve the buildings would serve as a way to demystify the Nazi regime while not letting the city’s dark past be forgotten.

“It is important for us to get the stones talking,” Julia Lehner, Nuremberg’s cultural director, told AFP.

“This means explaining the story behind them, being transparent and always insisting” never again! “in this story and finally guide people by giving them all the information.”

The work lasts until 2025 and has received support from leaders of the city’s Jewish community.