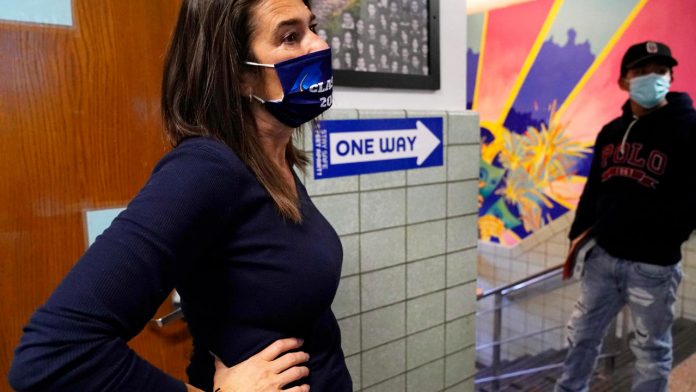 New York City will reopen its school system for personal learning and increase the number of days a week that many children go to class, even as the coronavirus pandemic intensifies in the city, Mayor Bill de Blasio said on Sunday.

The announcement marks a major political turnaround for the country’s largest school system, less than two weeks after de Blasio, a Democrat, announced that schools were closed due to an increasing number of COVID-19 cases in the city.

Some elementary schools and preschool programs will resume lessons on Dec. 7, a week from Monday, the mayor said. Others take longer to open the doors again.

School programs that serve students with special needs at all grade levels will be open for personal learning from Dec. 10, de Blasio said.

The plan for the resumption of high schools is still under development, de Blasio said.

“We feel confident that we can keep the schools safe,” he said.

New York City’s public schools opened for personal learning beginning in September for students whose parents had chosen bricks. School buildings were closed again on November 19 amid increasing COVID-19 infections in the city.

Masks and social distancing were mandatory during the weeks when schools were open, and class sizes were a fraction of the average for 25 to 25 students before the pandemic.

About 190,000 students will be eligible to return to classrooms during the first round, just a fraction of the more than 1 million students in the system. The vast majority of parents have chosen to have their children learn at a distance via computer.

De Blasio said many of those who return in person will be able to attend five days a week, up from one to three days earlier.

Students who participate personally will need to undergo frequent tests for the virus. Previously, the city had set a goal to test 20% of the teachers and students in each school building once a month. Now the testing will take place every week.

The mayor said the city abolished its former trigger to close schools, which was when 3% or more of the city’s virus tests over a seven-day period came back positive.

“The idea of ​​the hard number made a lot of sense in the summer when we had not yet experienced all this,” said de Blasio.

Since then, de Blasio has suggested that relatively low numbers of positive coronavirus tests at schools show that it is possible to keep schools open even with a city-wide test positivity above 3%.

Schools that are in COVID-19 orange zones designated by the government of Andrew Cuomo due to rising infection levels will be resumed according to rules laid down by the governor, de Blasio said.

De Blasio said in a press release that he had discussed his reopening plan with Cuomo. “We all agree that we have a different reality than we had in the summer and that this is now the way forward and the best way to protect everyone,” he said.

New York City exceeded the 3% threshold in early November and things have deteriorated since then. More than 9,300 New Yorkers have tested positive for the virus in the past seven days.