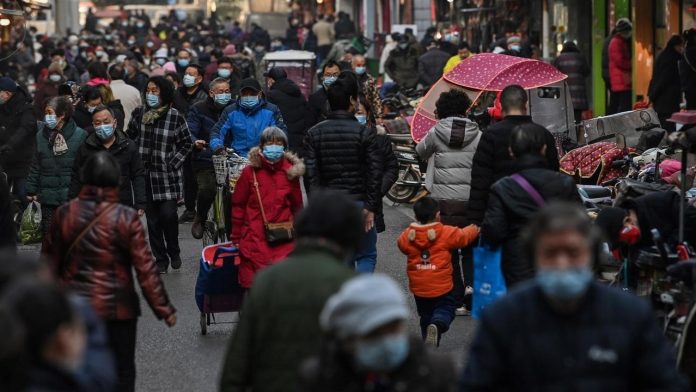 One year after China introduced a lockdown in Wuhan, the situation in Covid-19 has improved dramatically across the country. Nevertheless, Beijing has continued with strict public health measures, including one of the toughest border control systems in the world.

On January 3, 2020, the Chinese Communist Party of Wuhan imposed a quarantine with several other cities in China’s central Hubei province to combat the spread of the coronavirus that had appeared there about a month earlier.

A year later, it is clear that these measures have succeeded: not a single case of Covid-19 has been reported in the city of 11 million since May, while authorities at the national level have only registered one death in the last eight months.

Most Chinese have thus been able to return to normalcy. But this is not the case for foreign travelers to China, who have to go through strict sanitary measures.

Beijing closed its borders on March 26 in response to several new cases reaching China from abroad. Authorities have since helped more than 70,000 Chinese return home – but the country is still largely inaccessible to international visitors.

“Tourist travel is impossible right now,” a representative of the Chinese Tourist Office in Paris told FRANCE 24. “We stopped all our activities in response to this announcement in March because the embassy no longer issues visas to travel agencies like ours. ”

Hugues de Revel, head of the France-China Foundation, which organizes meetings between young entrepreneurs to strengthen ties between the two countries, spoke of similar problems: “The nature of the organization makes it important to organize personal meetings in China, but our request failed,” he said. he for FRANCE 24.

“China is doing everything it can to discourage travel. “Although we can prove that the trip is absolutely necessary for what we do or that the person concerned is a Chinese resident anyway, there is no guarantee that it will work,” de Revel added.

A team sent by the World Health Organization (WHO) suffered from similar restrictions. After months of negotiations with the Chinese government, the WHO’s investigation into the origin of Covid-19 was suspended almost at the last minute in January due to delays in the approval of travel permits.

The effect of strict border controls

The few travelers who have permission to travel into China must show great patience. In addition to taking a Covid-19 test and getting a negative result less than 72 hours before a flight, they must follow strict quarantine measures for a period of 14 to 21 days depending on their city of arrival at a location designated by local authorities.

“Travelers must cover the costs of quarantine in China themselves,” warns the French Foreign Ministry on its website. “The cost of a 14-day quarantine for multiple people can be quite high because hotels may require family members to be quarantined in different rooms.”

“The Chinese government has said a lot about wanting to maintain international relations despite the pandemic,” said Antoine Bondaz, an East Asian expert at the Paris Strategic Research Foundation.

“But all this is just cosmetic rhetoric because flights have been reduced so much that it is almost impossible to get there,” Bondaz told FRANCE 24.

But European countries seem to have taken some inspiration from China’s strategy. Since 18 January, France has demanded that all incoming travelers outside the EU test negative for the coronavirus and adopt a seven-day quarantine. Faced with the threat of more contagious variants originating in the United Kingdom and South Africa, several EU countries want to strengthen border controls in the passport-free Schengen area.

“It is not just China that has handled the pandemic well through strict border measures; Taiwan and South Korea did extremely well by strictly policing their borders at the beginning of the pandemic, Bondaz said. “Their goals have been different from those of European countries: they aimed to suppress the virus on their territory as much as possible, while European countries have only tried to limit the spread to prevent hospitals from being overwhelmed,” he continued.

De Revel was emphatic in his admiration for the Chinese approach: “I hear from people in China who say they hold these big events with hundreds of people in attendance – it’s a great achievement! And how the Chinese economy is bouncing back is simply incredible; There are many French companies that contact us and say they want to start there. ”

Despite a sharp decline when Covid-19 originally hit in the first quarter of 2020, China’s economic growth remains strong, especially compared to Western countries – with GDP increasing by a total of 2.3 percent last year according to Beijing’s official figures.

China also maintains strict health restrictions within its borders, with thousands of people locked back in January in response to a cluster of new cases north of Beijing.