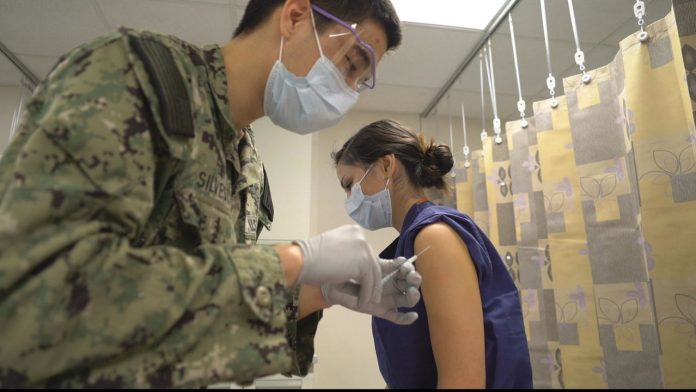 Operation Warp Speed ​​is the name of an ambitious program that the Trump administration has introduced to deliver Covid-19 vaccines across the United States. Widely announced during the presidential election campaign and officially launched in December, it would have had 20 million people vaccinated on January 1 this year. But by that date, just under 25 percent of the target had been reached. So what happened? Has the operation fallen victim to politicization? Our Washington correspondents Matthieu Mabin and Fanny Allard report.

On December 12, after more than eight months of a deadly pandemic, the US Food and Drug Administration (FDA) gave the green light to Pfizer-BioNTech’s vaccine against Covid-19, which would soon be followed by the approval of Modern Jab. What came as a relief to ordinary Americans was a victory for Donald Trump. The 45th President of the United States was heavily criticized for his handling of the coronavirus and promised as early as May that a vaccine would be developed before the end of 2020. At that time, he also announced the creation of a comprehensive distribution operation called Warp Speed ​​(referring to the US TV series “Star Trek”).

Operation Warp Speed ​​aims to coordinate the delivery of vaccines across the country. This huge logistical challenge required the participation of pharmaceutical laboratories, the army and public and private postal companies. About $ 10 billion (€ 8.3 billion) was spent on the business, a significant portion of which goes to the well-known courier company FedEx.

During the presidential campaign, hoping to make people forget his initial skepticism about the virus and passivity in the White House, Trump had made Operation Warp Speed ​​one of the most important pillars of his communications strategy, repeating over and over again that vaccines would reverse the pandemic in a bad memory barely two or three months after the start of the vaccination campaign.

But now, more than a month after the start of the operation, and despite the mobilization of the logistics giants, the results have been short.

Although the Trump administration had promised that 20 million people would be vaccinated on January 1, just under 25 percent of the target has been achieved so far. America no longer expects to beat the virus by the summer of 2021 at the earliest.

Meanwhile, the United States is still the country most affected by Covid-19 in the world, with more than 23 million cases and nearly 390,000 deaths to date.

Dr Moncef Slaoui, the main scientific adviser to Operation Warp Speed, has condemned a political struggle in the midst of the pandemic and said he was “really concerned about the politicization of how the vaccine was discovered”, which is hurting the work of researchers and researchers.

“It created a tension; a loss of public confidence in general,” the Moroccan-born Belgian-American epidemiologist told FRANCE 24.