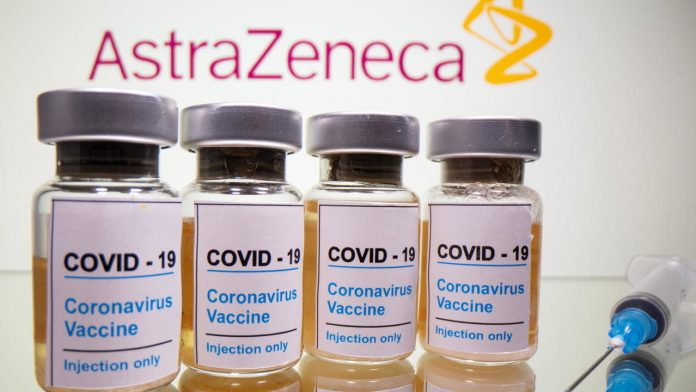 A coronavirus vaccine developed by the pharmaceutical company AstraZeneca and Oxford University has shown 70 percent efficacy in trials with 23,000 people, they said in a statement on Monday.

The announcement comes after other drug studies developed by Pfizer / BioNTech and Moderna announced efficiencies in excess of 90 percent.

The results varied between 62 and 90 percent effect depending on the vaccine dose, according to Monday’s statement.

AstraZeneca’s CEO Pascal Soriot said his company’s vaccine would still be very effective and would have an “immediate effect”.

The company said it would look to develop up to three billion doses of the vaccine by 2021 if it passes the remaining regulatory barriers.

“The combined analysis … resulted in an average effect of 70 percent,” it said.

It said the vaccine could be stored, transported and handled “under normal cooling conditions” at between two and eight degrees Celsius (36 to 46 degrees Fahrenheit) for at least six months.

More than 23,000 adults are currently being evaluated in the trials, and the number is expected to increase to up to 60,000, the statement said.

Early results suggested that there were 131 cases of Covid-19 among the participants but nothing was serious.

Tests are also being conducted in the United States, Japan, Russia, South Africa, Kenya and Latin America, with planned trials also in other European and Asian countries.

Oxford professor Andrew Pollard said recent findings suggested the drug was “an effective vaccine that will save many lives”.

“Excitingly, we have found that one of our dosing regimens can be about 90 percent effective and if this dosing system is used, more people can be vaccinated with a planned vaccine supply,” said Pollard, chief investigator for the Oxford Vaccine Trial. .

“Today’s announcement is only possible thanks to the many volunteers in our trial and the hard-working and talented research team around the world.”

US biotechnology giant Pfizer and German partner BioNTech have sought approval to roll out their coronavirus vaccine early, a first step towards relief, as rising infections return to suspensions such as traumatized countries and the global economy earlier this year.

G20 leaders on Sunday said they “would spare no effort” to ensure a fair distribution of coronavirus vaccines worldwide and to support poor countries whose economies have been ravaged by the crisis.

But even though the club for the richest countries in the world adopted a unified tone, German Chancellor Angela Merkel said she was worried that no major vaccine agreements had yet been reached for poorer countries.