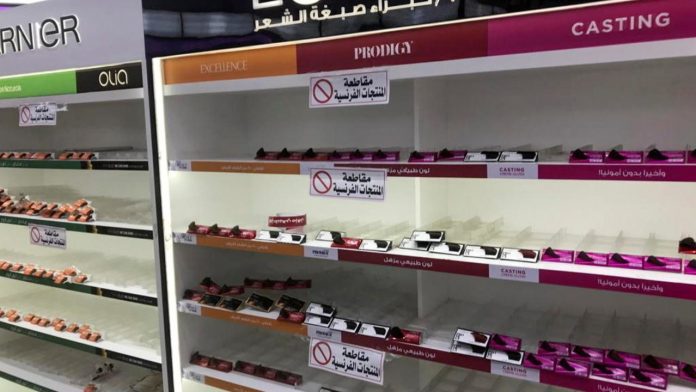 Pakistan on Monday summoned the French ambassador to Islamabad, a day after Prime Minister Imran Khan accused French President Emmanuel Macron of attacking Islam by defending the publication of cartoons of the Prophet Mohammed. Morocco has also condemned the caricatures.

The Pakistani Foreign Ministry confirmed on Monday that it had convened the French ambassador to Islamabad and issued a statement saying, “Pakistan is systematically condemning the Islamophobic campaign under the guise of freedom of expression.”

Khan’s comments on Sunday came after Macron paid tribute to Samuel Paty, a French teacher who was beheaded by an Islamist radical for showing cartoons of the Prophet Mohammed in a class on freedom of speech.

The summons in Islamabad came a day after the Moroccan Foreign Ministry issued a similar statement condemning the beheading, but adding that “freedom of speech for some reason can not justify the insulting provocation and the insulting offense of the Muslim religion”.

Macron has defended the right to show the caricatures, and French media have republished them; in some places they were even projected on buildings.

Supermarket shelves deprived of French products in many Arab countries

France has a long tradition of caricatures taking on political and religious authorities. But recent comments from French politicians, such as a complaint by Interior Minister Gérald Darmanin about religious food practices in French supermarkets, have caused controversy in many parts of the Muslim world.

France has encountered a setback over the cartoons, including boycotts of French products with the hashtag #BoycottFrenchProducts in English and “for the Messenger of Allah” on Arabic trending on Twitter over the weekend.

France calls for an end to the boycott

On Sunday, France called on Arab countries to halt the boycott of French products.

In an open letter posted on Facebook on Sunday, Pakistan’s prime minister accused France of not “distinguishing between radical extremist Muslim citizens and the Muslim ordinary Muslim citizenship”.

“In France, Islam has been linked to terrorism and the publication of blasphemous cartoons directed at Islam,” the statement said. “This will lead to further polarization and marginalization of Muslims in France. How will the French distinguish between radical extremist Muslim citizens and the ordinary Muslim citizens of Islam?”

Khan called on Facebook to ban Islamophobic content on its platform. “I would ask you to place a similar ban on Islamophobia and hatred of Islam for Facebook that you have introduced for the Holocaust,” he said.

“One cannot send a message that while hate messages against some are unacceptable, these are acceptable to others,” Khan said, adding that such an attitude “reflects prejudices and prejudices that will encourage further radicalization.”

In response, a Facebook spokeswoman told Reuters that the company opposed all forms of hatred and did not allow attacks based on race, ethnicity, national origin or religion.

“We will remove this hate speech as soon as we become aware of it,” the spokeswoman said in a statement, adding that Facebook had “more work to do”.