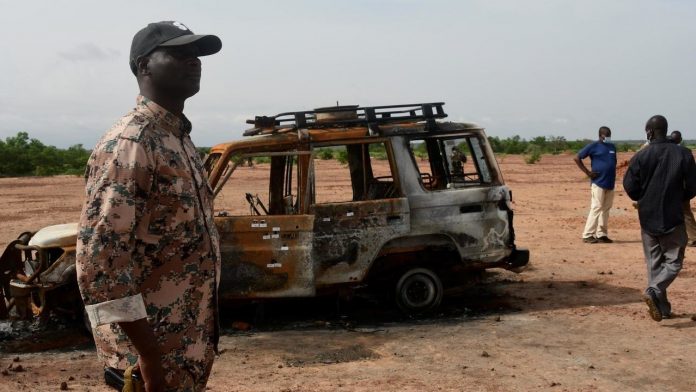 At least 70 civilians in Niger were killed by suspected militants on Saturday in the latest attacks to shake the troubled Western Tillaberi region of the locked Sahel nation, security sources said.

About 49 villagers were killed and 17 people injured in the village of Tchombangou, said a security source who requested anonymity.

“The attackers came to surround the village and killed up to 50 people. The wounded were taken to Ouallam Hospital,” said a local radio station journalist on anonymity terms.

A second source, a senior official in Niger’s Interior Ministry who also spoke on condition of anonymity, said about 30 other villagers had been killed in the village of Zaroumdareye.

The Nigerian government was not immediately available for comment.

The attack came as election officials announced the results of the first round of Nigeria’s presidential election, which put the ruling party’s candidate and former Prime Minister Mohamed Bazoum in the clear lead, with a runoff ready for next month.

The large and unstable Tillaberi region is located in the so-called tri-border area, a jihadist-plagued zone where the porous borders of Niger, Mali and Burkina Faso coincide.

Four thousand people in the three nations died in 2019 from jihadist violence and ethnic bloodshed that Islamists outraged, according to the UN.

Seven Nigerian soldiers were killed in an ambush in Tillaberi on December 21.

Niger is also being hammered by jihadists from Nigeria, the cradle of a decade-old uprising launched by Boko Haram.

Last month, 34 villagers were massacred in the southeastern region of Diffa, on the Nigerian border, the day before municipal and regional elections that had been repeatedly delayed due to poor security.