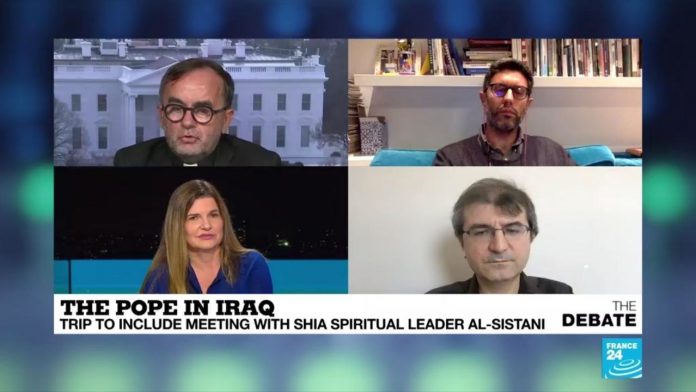 High stakes, great risks for the first papal visit ever to Iraq. It is a journey that Pope Francis said he could no longer postpone. This is despite the sanitary issues of crowds and religious services, despite the always volatile security situation there. However, the pope is trying to make the journey to the Prophet Abraham’s birthplace in the wake of two decades of inter-municipal strife that culminated in the rise of the Islamic State group and forced most Christians to flee.

A religious service in the bombed-out city of Mosul is just one of the highlights of a trip that also includes a visit to the Muslim pilgrimage city of Najaf and a sit-down with Shia Islam spiritual leader Ayatollah Ali al-Sistani.

So what can the dialogue between religions achieve in a country and region where protests over the past two years have challenged age-old sectarian divisions but where leaders continue to defend the status quo?