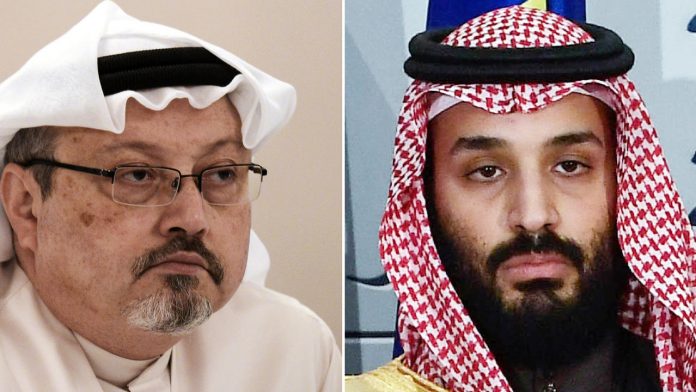 Reporters Without Borders (RSF) said on Tuesday that it had filed a criminal case in a German court against Saudi Crown Prince Mohammed bin Salman for “crimes against humanity” in the murder of journalist Jamal Khashoggi.

The complaint, which aims to investigate prosecutors under German international law, accuses Saudi Arabia of prosecuting Khashoggi – who was assassinated at the Saudi consulate in Istanbul in October 2018 – as well as dozens of other journalists.

“We urge the German prosecutor to take a stand,” said Christophe Deloire, secretary general of the watchdog known by its French acronym RSF, in a statement.

“No one should be above international law, especially when the crimes of humanity are at stake,” he said.

RSF has lodged a complaint with the German prosecutor against Saudi Crown Prince Mohammed Bin Salman for crimes against humanity, exposing the widespread and systematic persecution of journalists and the murder of # JamalKhashoggi.https: //t.co/ooESEemxs4

The 500-page complaint, which was filed on Monday with the German prosecutor in the Karlsruhe Federal Court, contains allegations of arbitrary detention of more than 30 journalists and the murder of the Washington Post columnist 2018 at the Saudi consulate in Istanbul in 2018.

The RSF said that it brought an action in Germany because of its principle of general jurisdiction, which allowed its courts to prosecute crimes against humanity committed anywhere, and that other names could be added to the complaint at a later stage.

The German prosecutor’s office on Tuesday said it had received the criminal complaint and assessed its legal and factual merits.

The report, prepared by the U.S. Office of the Director of National Intelligence, repeated a classified version of a report on Khashoggi’s assassination that Donald Trump shared with members of Congress in late 2018.

Trump’s rejection of legislators ‘and human rights groups’ demands to release a declassified version at the time reflected a desire to preserve cooperation with Riyadh amid growing tensions with Iran and to promote US arms sales to the kingdom.

Saudi Arabia has rejected the report, claiming that it does not provide evidence that bin Salman was involved in the assassination of Khashoggi. The prince, the de facto ruler of Saudi Arabia, has claimed moral responsibility for the assassination but has denied direct involvement in the case.

Riyadh claims that Khashoggi was killed in a “frivolous operation” that did not involve the Crown Prince.

But Borderless journalists said they had gathered evidence of a “state policy to attack and silence journalists” that it had submitted to Karlsruhe’s federal court.

The other officials mentioned in the RSF’s complaint were Saud al-Qahtani, who was seen as the Crown Prince’s right hand man; Ahmed Mohammed al-Asiri, a former royal court adviser; Maher Abdulaziz Mutreb, in general; and Mohammad al-Otaibi, Saudi Arabia’s Istanbul Consul General at the time of Khashoggi’s assassination.

Following the declassification of the intelligence report on Friday, the United States has put 76 Saudis on a blacklist of foreigners who have been denied entry to the United States for threatening dissidents or harassing journalists and their families.

The Treasury Department has also announced that it is freezing assets and criminalizing transactions with a former Saudi intelligence official as well as the Rapid Intervention Force, an elite unit that the report says “exists to defend the Crown Prince” and “only responds to him”.

But it has ended up sanctioning the Saudi crown prince, a decision criticized by the UN special rapporteur for summary executions. Agnès Callamard said on Monday that it was “extremely dangerous” for the United States to have appointed Saudi Arabia’s de facto ruler to have approved an operation to capture or kill Khashoggi but not take action against him.