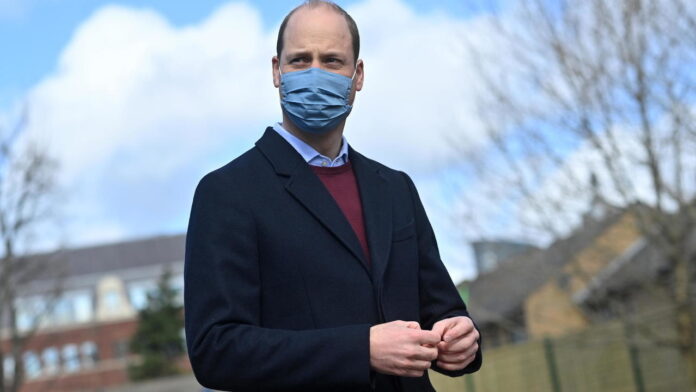 Prince William denied on Thursday that Britain’s royalty were racist after Meghan, the wife of her younger brother Harry, said an unnamed family member had asked how dark their son Archie’s skin could be.

Meghan, 39, made the claim during an explosive all-interview she and Harry, 36, gave to Oprah Winfrey, which aired on Sunday, plunging the British monarchy into its greatest crisis since Princess Diana, William and William died in 1997. Harry’s mother.

During a visit to a school in east London, William said he had not spoken to Harry since the interview aired just over three days ago.

Asked by a reporter if the royal family was racist, William said: “We are very much not a racist family.”

In the two-hour show, almost three years after their star-studded wedding at Windsor Castle, Meghan said the royals had ignored her plea for help while she was suicidal.

Harry said that his father, the heir to the throne, Prince Charles, had betrayed him and that he had felt trapped.

On Tuesday, Buckingham Palace issued a statement on behalf of 94-year-old Queen Elizabeth, the princes’ grandmother, in which she said the family was saddened by how challenging the couple had found in recent years.

But it was the couple’s accusation that one of the royals had made a racist comment that has dominated the coverage and has the potential to cause lasting damage to the 1,000-year-old monarchy.

Meghan, whose mother is black and whose father is white, said that while she was pregnant with Archie, there were “concerns and conversations about how dark his skin can be when he is born.”

Neither she nor Harry said who had made the remark, although Winfrey later clarified that Harry had said that it was not the queen or her 99-year-old husband Philip, who has been in hospital for three weeks while the crisis unfolds.

“I will never share that conversation,” Harry said during the interview. “But then it was awkward. I was a little shocked.”

In the statement from the Queen, the castle said that racial issues were and should be taken seriously, but stated pointed out “some reminders may vary”. The castle has said that it was a family issue that should be dealt with privately.

The interview, seen by 12.4 million viewers in the UK and 17.1 million in the US, has proved to be divided among the British public.

For some, Meghan’s accusations confirmed their belief that the monarchy was an outdated and intolerant institution, while others dismissed it as a self-service attack that neither Elizabeth nor her family deserved.

The crisis over Meghan and Harry comes a year after his uncle Prince Andrew was forced to retire after a disastrous TV interview to explain his friendship with the late US financier Jeffrey Epstein, who killed himself in a US prison pending trial. allegations of sex trafficking. .

Surveys show that the division has mainly fallen into generational lines, with those over 65 supporting the queen and the older royals, while younger people supported Harry and Meghan.

The shared response – part of what commentators say is a broader “cultural war” waging social and traditional media – was exemplified by reactions to the cruel presenter Piers Morgan losing his high-profile breakfast TV slot after saying he did not believe Meghan.

His remarks had attracted 41,000 complaints to the UK Media Authority.

The couple, who quit their royal roles to move to California last year, have also commented on what they say is racist press coverage, with Harry saying his family had failed to call “colonial undertones” in articles.

“It hurts, but I’m also aware of where my family stands and how scared they are that the tabloids are turning on them,” Harry, who said the tabloids’ behavior was a major reason why he had left the UK, told Winfrey.

The couple’s criticism of the media led to a rebuttal from the Society of Editors, which represents many of the tabloids, saying it was not “acceptable” for the couple to claim racism in the press “without support for evidence”.

But its boss, Ian Murray, made the remarks after being accused of trying to defend racism, which he denied.

Also worrying about the monarchy in the long run, studies have shown that the popularity of Elizabeth’s heir Charles, 72, has also fallen in the middle of the crisis.

During the interview, Harry also revealed how distant he had become from the other members of his family and said that his father had stopped taking his calls at one point and that there was “space” in his relationship with William.

“A lot will continue to be said about it … like I said before, you know, I love William to pieces, he’s my brother, we’ve been through hell together and we have a shared experience,” he said. “But we are on different paths.”