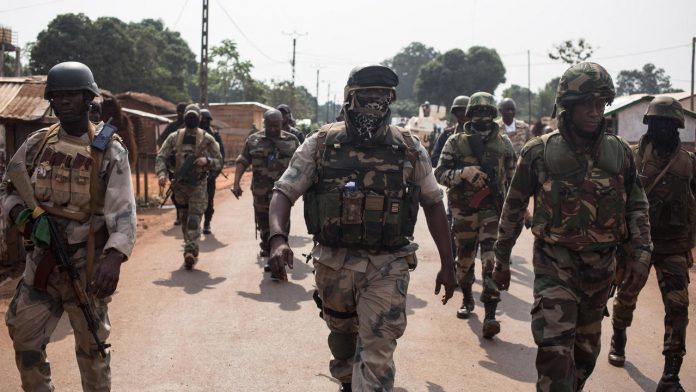 Pro-government forces in the Central African Republic (CAR) on Wednesday seized the hold of former President Francois Bozize, who in December was accused of planning a coup, said Prime Minister Firmin Ngrebada.

“I commend the capture of the city of Bossangoa by our forces and allies today,” he said on Facebook, referring to an important city of Bozize 280 kilometers north of the capital Bangui.

“Allied” is a term used by the CAR government for Russian paramilitaries and Rwandan troops who support the besieged authorities against rebel groups.

“Never again will bandits disturb people in this part of the country,” Ngrebada promised.

A senior government official, speaking on condition of anonymity, said “fighting is still going on” but “resistance has been broken, the enemy is fleeing.”

In mid-December, six rebel groups joined forces to launch an offensive against President Faustin Archange Touadera, just over a week before the presidential and legislative elections.

The government said the rebels had acted in concert with Bozize, who took power in 2003 and was fired a decade later – an act that sparked a civil war in sectarian lines.

Russia and Rwanda flew in military personnel to support the CAR’s poorly equipped armed forces, which are also supported by a 12,000-strong UN force, MINUSCA.

The rebels attacked a number of cities in January and came close to the capital twice, but the government and its allies went on the counter-offensive.

The next day, the government said it had “completely liberated” Bambari, CAR’s fifth largest city, located in the center of the country, and captured “many prisoners”.

Bozize fled abroad after being overthrown in 2013.

He returned at the end of 2019 and the fear arose that the troubled nation would be thrown into a full-fledged conflict when elections pushed into the horizon.

Violence remains endemic in a country where two thirds of the territory is controlled by militia groups.

Touadera won re-election in the first round of voting, according to official figures, but turnout was only 35 percent because many voters could not vote.

Bozize refuses to give any support to the six rebel groups, which collaborated in December under the name Coalition of Patriots for Change, or CPC.

On January 4, the government launched an investigation into him for “rebellion”.

Thousands of people have died in CAR since 2013 and more than a quarter of the population of 4.9 million have fled their homes.

Of these, 675,000 are refugees in neighboring countries.