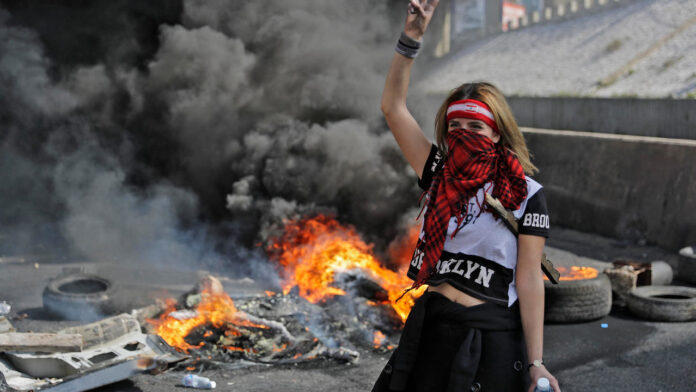 Lebanese protesters set up new roadblocks on Tuesday to allay anger over political inaction in the face of deepening poverty, but security forces reopened some roads.

The country is stuck in an economic crisis, which has led to rising unemployment and burgeoning prices while the currency has fallen to a new low of the dollar on the black market.

Still, the government – which formally resigned after the massive port explosion in Beirut in August that killed more than 200 people – has not been able to agree on a new cabinet since.

The roads have become an almost daily occurrence in the small Mediterranean country and lasted all day on Monday, including in and out of Beirut.

Protesters on Tuesday again cut off some roads in the northern city of Tripoli and the eastern region of Bekaa, the National News Agency said.

Highways leading to Beirut were also briefly closed but then reopened to floating traffic.

Some protesters have called for a revival of the nationwide street movement at the end of 2019, which called for the removal of the entire Lebanese political class, generally seen as incompetent and corrupt.

More than half of the population lives below the poverty line and prices have risen as the Lebanese pound has lost more than 80 percent of its value.

As foreign exchange reserves fall sharply, the authorities have warned that they will soon have to abolish subsidies on fuel and mostly imported food.

President Michel Aoun has accused protesters of blocking roads of “sabotage”, but also called on authorities to prevent “manipulation of food prices”.

Despite growing anger in the streets, there have been no serious clashes between security forces and protesters in recent days, unlike previous meetings.

Lebanon’s economic crisis has been exacerbated by several blockades to stop the spread of the coronavirus pandemic.

On Monday, the country entered a new phase to alleviate the latest home order that was introduced after hospitals were overwhelmed after the winter break.