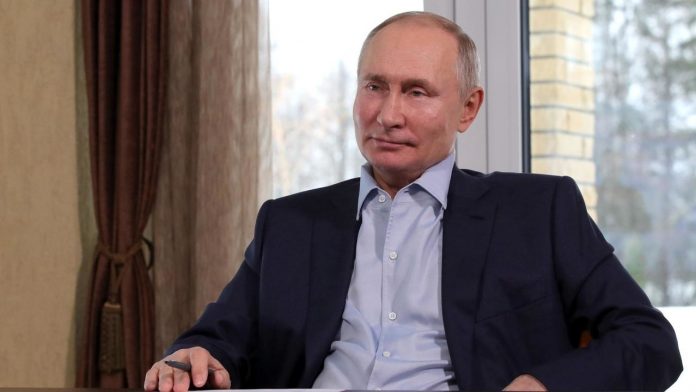 Russian President Vladimir Putin said on Monday that a lavish Black Sea palace imprisoned by Kremlin critic Alexei Navalny had accused him of not belonging to him or his family.

Navalny’s team released a video last week in which he expressed his accusations about the palace, which has since been viewed more than 86 million times on YouTube.

The Russian leader on Monday denied ownership of the sprawling mansion, saying: “Nothing listed there as my property belongs to me or my close relatives and never did.”

Police arrested more than 3,000 people and used force to break up rallies across Russia on Saturday after tens of thousands of people ignored extreme cold and police warnings to publicly demand the release of Navalny.

On Monday, a senior aide to Navalny demanded new demonstrations against the government next weekend.

Leonid Volkov, head of the opposition politician’s regional network, urged on Twitter that Russians across the country take to the streets on Sunday “for Navalny’s freedom, for freedom for all and for justice”.

Navalny was arrested earlier this month on his arrival in Moscow from Germany, where he had recovered from a poisoning attack with Novichok’s nerve agent.

Volkov called on the Russians to regroup to put pressure on authorities to release Navalny before being brought to justice on February 2 on charges of violating the terms of a 2014 conditional sentence.

The Kremlin critic could be jailed for more than three years if the court rules in favor of Russia’s prison service, which says Navalny failed to check in twice a month while recovering in Germany.

Volkov said that if protesters took to the streets before the February 2 hearing, “our demand will sound stronger”.