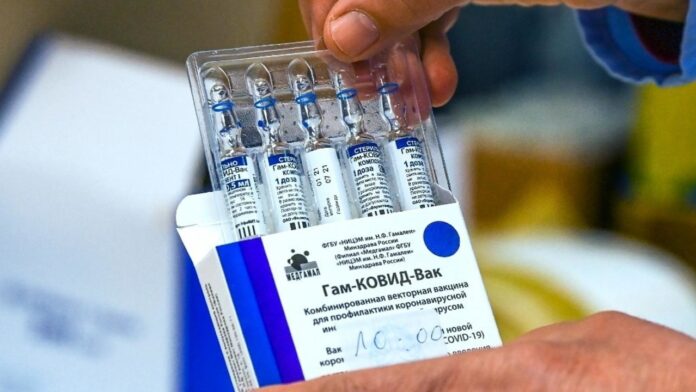 On Monday, President Vladimir Putin dismissed foreign criticism of Russia’s Sputnik V coronavirus vaccine and said he himself would get his back on Tuesday.

At a TV meeting with health representatives, the 68-year-old Russian leader described the latest remarks in Europe, which questioned the need for the Russian vaccine as “strange”.

“We do not impose anything on anything … What interests protect such people – for pharmaceutical companies or for citizens of European countries?”

“Vaccination is, of course, every person’s voluntary choice … By the way, I’m going to do it myself tomorrow,” he said.

Russia has strongly promoted the state-sponsored vaccine abroad, but it has been met with skepticism in the West and even by many in Russia.

Russia registered the vaccine in August before major clinical trials, which led to concern among many experts about the rapid process.

Recent reviews have been largely positive, with leading medical journals The Lancet publication results show that it is safe and more than 90 percent effective.

“Despite the deliberate discrediting of our vaccine, more and more countries are showing interest in it,” Putin said.

Health Minister Mikhail Murashko said during the meeting that experts from the European Medicines Agency will travel to Russia on April 10 to review clinical trials on the vaccine.

The Amsterdam-based EMA this month launched a rolling review of Sputnik V, an important step towards its approval as the first non-Western coronavirus jab used across the 27-nation bloc.

On Sunday, EU Internal Market Commissioner Thierry Breton said that Europe had “absolutely no need for Sputnik V”, which led to a strong response from Moscow.

The Russian Direct Investment Fund (RDIF), which supported the development of Sputnik, accused Breton of being “clearly biased” against Jabb because it was Russian.

“Europeans want a choice of safe and effective vaccines, which you have not yet provided,” RDIF said on Twitter.

It says that Sputnik V has been approved for use in 55 countries.

If Breton’s remarks were an official EU position, “it said,” let us know that there is no reason to continue EMA approval due to your political prejudices. “

More than four million Russians have received two doses of a vaccine and more than six million people a dose, Putin said on Monday.

Many in Russia are skeptical about being vaccinated, with a survey earlier this month showing that less than a third are willing to have a jab, and nearly two-thirds say they believe the coronavirus is an artificial biological weapon.

As of Monday, Russia had registered more than 4.4 million cases of coronavirus and more than 95,000 deaths.