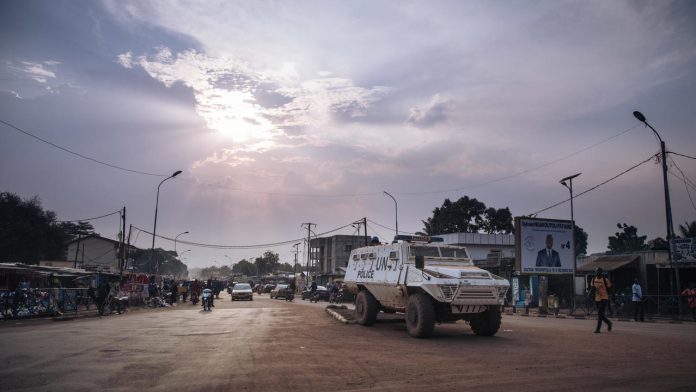 A rebel coalition that has been fighting the government of the Central African Republic says it will observe a unilateral ceasefire in connection with Sunday’s election.

A statement from the Coalition of Patriots for Change (CPC), which launched an offensive against the government last Friday, said that “a 72-hour unilateral ceasefire … will be observed across the country by all the Patriots’ fighting troops.”

The statement, which was dated Wednesday, was confirmed to AFP on Thursday as genuine by two of the six groups in the CPC.

The creation of the CPC was announced on December 19 by armed groups that accused President Faustin Archange Touadera, who is seeking a second term, of trying to fix the December 27 election.

Its components are some of the armed groups that control most of the territory of the poor country.

Over the weekend, the government accused Touadera’s dismissed predecessor, Francois Bozize, of plotting with the militias and trying to carry out a coup.

Armed groups tried to advance down the main roads towards Bangui, but were stopped according to the UN peacekeeping force MINUSCA.

Clashes that had erupted in several areas had stopped on Thursday, say NGOs and the UN.

Sunday’s presidential and legislative elections are considered a key test of the warring country’s ability to restore stability.

The CPC statement was confirmed by two armed groups – 3R and the Popular Front for the Rebirth of Central Africa (FPRC).

The communiqué called on the government to “also observe a ceasefire during the same period” and called on Touadera – the front-runner in the vote – to “suspend the election, whose conditions for sound organization have never been good.”

Government spokesman Ange-Maxime Kazagui dismissed the document, which he said was “unsigned.”

“It is a unilateral ceasefire, a non-event, and we have not seen these people stop what they are doing,” he told AFP.

CAR has been mineral-rich but ranked as the world’s second poorest country under the Human Development Index and has been chronically unstable since independence 60 years ago.

A civil war broke out in March 2013 when mostly Muslim rebels in a coalition called Seleka stormed the capital and removed Bozize, a Christian and former general who had taken power a decade earlier.

Other groups, especially Christians and animists, then organized their own militias, leading to fears of genocide in sectarian lines.

France sent in about 2,000 troops under UN mandate.

In 2014, the UN sent its own mission, MINUSCA, and in 2016 elections were held, won by Touadera, a technocrat trained in France and Cameroon.

Since 2013, thousands of people have died and more than a quarter of the population of 4.9 million have fled their homes.