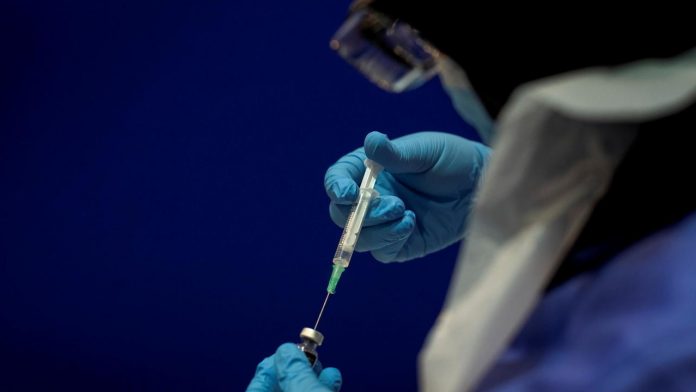 British regulators have issued precautionary advice after two British healthcare professionals developed a severe allergic reaction to the new Covid-19 vaccine from Pfizer and BioNTech. Researchers have been quick to reassure the public that the vaccine is safe and say that although reactions to new vaccines may occur, serious reactions are rare.

The British vaccination campaign against Covid-19 had barely begun when it hit its first chin.

On December 9, two employees working for the British National Health Service (NHS) had an allergic reaction after receiving the vaccine developed by Pfizer in collaboration with BioNTech. Both were treated quickly and recovered well, the UK authorities confirmed.

The UK’s pharmaceuticals and healthcare products have since issued a cautionary warning urging people not to be vaccinated with the Pfizer vaccine if they have had acute allergic reactions.

An advisory panel of US experts said on Thursday that they would follow Britain’s lead with an allergy warning after recommending emergency approval there for the Pfizer vaccine.

A rare side effect

“This is appropriate advice,” Louisa James, an immunologist at Queen Mary University in London, told FRANCE 24. “We now know that the two people involved had a medical history and completed treatment to treat severe allergic reactions.”

The two healthcare workers carried Anapen, an emergency treatment for adrenaline that was injected into the body during anaphylactic shock, which manifests itself as a severe allergic reaction.

According to Allergy UK, one in 1,000 people is at risk for anaphylactic shock after exposure to an allergen to which they are sensitive. This type of allergic response “affects cardiovascular, respiratory and gastrointestinal systems and causes severe skin rashes. Blood pressure can drop and breathing can be difficult,” said Professor Saad Shakir, head of the Drug Safety Research Unit, a British health organization, in an interview with Science Media Center website.

In the case of the two NHS workers, however, they did not have anaphylaxis, which is a more extreme reaction that can even be fatal. “It appears to be an anaphylactoid or pseudo-anaphylactic reaction, leading to similar but less severe symptoms,” Professor Shakir explained.

Anaphylactoid reactions are linked to certain foods or drugs but also to vaccines, including the annual flu.

“Cases of severe allergic reactions have been reported for all vaccines, but they remain rare,” Nilsson Lennart, a researcher at Linköping’s Allergy Center in Sweden and author of a 2017 study on vaccines and allergies, told FRANCE 24. He added that cases of anaphylactic Shock typically occurs at a rate of 1.5 for every one million doses of the vaccine administered.

The pharmaceutical industry largely recognizes the risk of allergic reaction and Pfizer knew that was the case with its Covid-19 vaccine.

“Data published by the laboratory indicate that approximately 0.6% of patients had some form of allergic reaction after administering the dose during phase three clinical trials,” said Professor Stephen Evans, a pharmacoepidemiological researcher at the Department of Medical Statistics at the School of Hygiene and tropical medicine in London.

Determining exactly what led to the allergic reaction can have its challenges because the Pfizer vaccine uses completely new technology, without any precedent for comparison. Nevertheless, studies may lead to an additive commonly used in older vaccines.

“These types of side effects are known to be possibly linked to ingredients used to stabilize vaccines, such as polyethylene glycol. [a gel used to thicken certain fluids in drugs or cosmetics], Said Dr. James.

In fact, Pfizer revealed that it used one of these ingredients when publishing its vaccine data publicly.

Researchers agree that what may appear to be an initial mishap does not explain the safety concerns of the Pfizer vaccine, or the other challenges that are ready for development.

“One must remember that even things like marmite [spread] can cause unexpected severe allergic reactions, says Professor Evans.

However, vaccine skepticism remains a problem, and the scientific community must be vigilant and open in its messages on efficacy and safety if it is to alleviate the vaccine’s hesitation. Publishing data in independent scientific and medical journals is a strategy.

In additional data published in the New England Journal of Medicine on Thursday, Pfizer and BioNTech said the vaccine was 95% effective in a randomized controlled trial of more than 43,000 people. The editors of the journal described the development of vaccines as a “triumph” for science.

With independent monitoring processes to provide advice to both the scientific community and the general public, a robust review of Covid-19 vaccine programs should be ensured. And with the high levels of public confidence in these vaccines to protect against a disease that has caused the worst health crisis in a century.