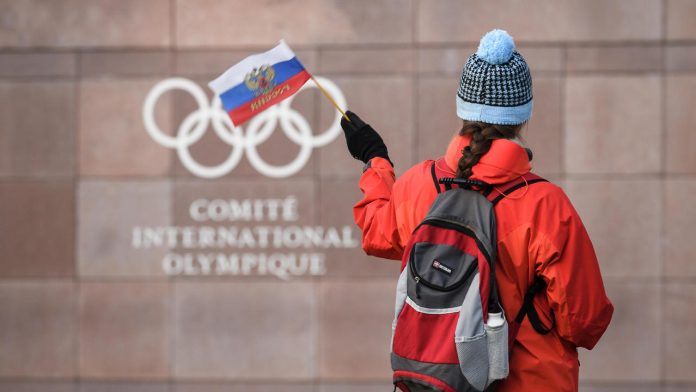 A Swiss court will on Monday begin hearing Russia’s appeal against a four-year ban imposed on its athletes competing at major international events under their own flag over allegations of doctoral data.

At a four-day hearing, the Lausanne-based arbitral tribunal (CAS) could deprive Russian athletes of their flag at next year’s Olympics in Tokyo.

Russia, which has sought to portray itself as a global sports power, has denied the allegations but has been involved in doping scandals since a 2015 report commissioned by the World Anti-Doping Agency (WADA) found evidence of mass doping among track and field athletes.

Many of its athletes have been excluded from the last two Olympics, and the country was stripped of its flag at the 2018 Pyeongchang Winter Games as punishment for state-sponsored doping at the 2014 Sochi Games.

Last year, WADA declared RUSADA, Russia’s anti – doping agency, incompatible and imposed a series of sanctions as punishment for Moscow’s manipulation of laboratory data. Russia said that inconsistencies with the data were of a purely technical nature and that the data had not been tampered with.

In addition to a ban on Russians competing under their flag and hearing their national anthem for the next four years – including at the World Cup in Qatar 2022 – the sanctions prevent Russia from hosting or hosting major sporting events during this period.

WADA accused Russia of planting false evidence and of deleting files linked to positive doping tests that could have helped identify drug problems.

Witold Banka, WADA’s president, said in a statement last week that he was convinced the agency’s executive committee had made the right decision when imposing the sanctions.

RUSADA, who tweeted with the hashtag #BanCheatsnotCountries, sent a video call with the message “Give Russian athletes a chance.”

The CAS has said its arbitration panel will begin its deliberations after the hearing ends Thursday and will announce its verdict at a later date.

RUSADA was initially suspended in 2015 after WADA found evidence of mass doping in Russian athletics. The agency was conditionally reintroduced in September 2018, only to be declared incompatible at the end of last year.