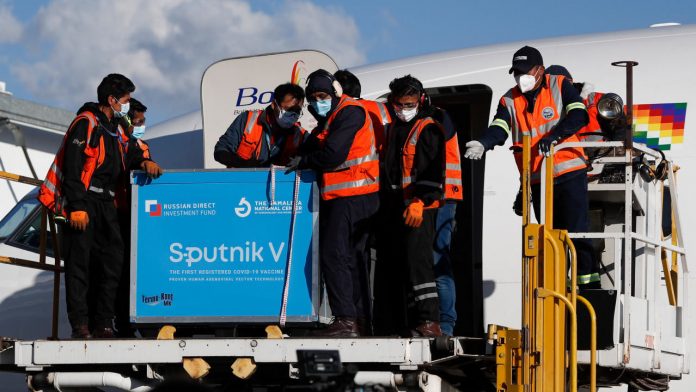 Russia is working to increase production of its Sputnik V coronavirus vaccine in foreign countries, the Kremlin said on Wednesday, as many European countries struggle to eradicate their shocks.

“In the very near future, there are plans to establish production in foreign countries, which will meet the demand of more and more countries,” Kremlin spokesman Dmitry Peskov told reporters.

The comments come a day after The Lancet Medical Journal published results showing that Sputnik V – named after the Soviet-era satellite – is safe and 91.6 percent effective, reducing concerns about transparency.

Russia registered the vaccine in August months ahead of Western competitors but before major clinical trials and left many experts cautious.

Its developers later said that the vaccine is over 90 percent effective and Russia began inoculating its citizens with the jab in December.

Sputnik V has been approved in more than 15 countries, including several former Soviet republics but also Argentina, Tunisia and Pakistan.

The Russian Direct Investment Fund (RDIF), which helped finance Sputnik V, has said that more than 2 million people have been vaccinated around the world.

The RDIF applied for registration of Sputnik V in the European Union last month and German Chancellor Angela Merkel has expressed openness to its use when the jab gets the regulatory nod.