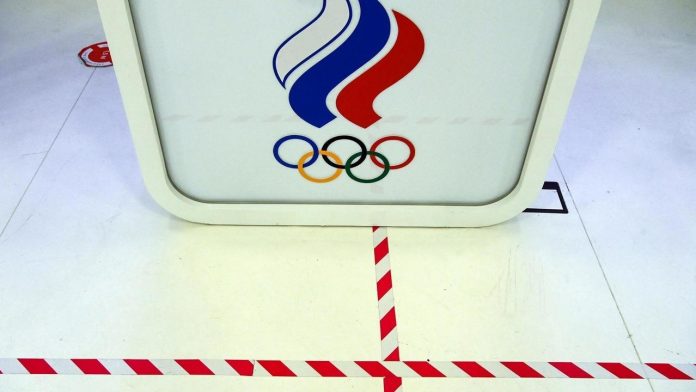 The Supreme Court of Sport on Thursday banned Russia from international sports competitions for two years, including the rearranged Olympics in Tokyo.

The decision of the Court of Arbitration for Sports halved a four-year ban on systematic doping imposed by the World Anti-Doping Agency (WADA).

“This panel has introduced consequences to reflect the lack of compliance … and to ensure that the integrity of sport against doping is maintained,” CAS said in its ruling.

The statement added: “The consequences that the panel has decided to impose are not as far-reaching as those that WADA is striving for.

“However, this should not be construed as validating the conduct of RUSADA or the Russian authorities.”

According to the landmark decision, which also excludes the country from the Beijing 2022 Winter Games, the Russians will still be able to compete, but only as neutrals.

The CAS ruling followed a four-day arbitration hearing between WADA and the Russian Anti-Doping Agency (RUSADA) in a secret location last month.

The long-awaited decision was the latest twist in a long-running saga that stretches back to 2016.

The subsequent ban meant that Russia would miss the rearranged Olympic Games in Tokyo next year as well as the 2022 World Cup in Qatar, the 2022 Winter Olympics in China and the 2024 Paris Games.

Russia considered its ban to be legally unjustifiable. Russian President Vladimir Putin mocked the decision at the time as a “politically motivated” decision that “contradicts” the Olympic Charter.

The Russian saga broke out in 2016 when Grigory Rodchenkov, former head of Moscow’s anti-doping laboratory, blew the whistle on state doping at the 2014 Winter Olympics, which was hosted in the Russian Black Sea resort of Sochi.

Barely two weeks before the 2016 Olympics in Rio in July of the same year, WADA demanded that Russia be banned from the Games.

However, the IOC ended shortly after a direct ban, saying individual federations would decide whether to allow Russian athletes to compete.

In 2017, the IOC banned the Russian Olympic Committee from the 2018 Winter Games in Pyeongchang, but allowed pure Russian athletes to participate as neutral competitors.

A total of 168 Russians eventually competed.

In September 2018, WADA controversially lifted its ban on RUSADA, despite not having access to its doping-colored Moscow laboratory.

In another twist, WADA gave Russia three weeks in September last year to explain “inconsistencies” in the data.

The sport’s global doping police then beat Russia with the four-year ban on the manipulated data in December last year.

Athletics’ global governing body has meanwhile given the Russian Federation a deadline of March next year to develop a comprehensive plan to combat doping and reintroduce it into sports or deportation.

While Thursday’s CAS ruling is of the utmost importance for Russia, WADA also has a lot on the line.

The organization, which was founded in 1999, has been criticized by US lawmakers for its handling of the Russian scandal and the failure to implement government reforms.

As a result, the United States has threatened to withdraw its annual funding of $ 2.7 million.

Thursday’s announcement was awaited with interest by the International Olympic Committee and sports federations, which expected clear directives from the CAS, eight months before the Tokyo Olympics.