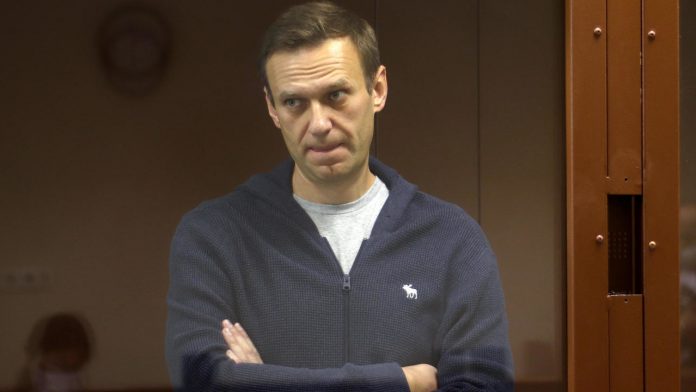 Russia’s justice minister on Wednesday dismissed a “European Court of Human Rights” as “illegal” demanding the release of Kremlin critic Alexei Navalny and accused the court of meddling in the Russian legal system.

The Strasbourg-based court (ECHR) said on Tuesday it had decided to “indicate to the Russian government” that it would immediately release Navalny, whose arrest and imprisonment have sparked protests against the Kremlin in Russia.

It said that the decision was taken taking into account “the nature and extent of the risk to the applicant’s life”.

Navalny, 44, appealed to the European Court of Human Rights for his release on January 20, just days after he was arrested at a Moscow airport, saying his life was in danger if he remained in custody.

Russia is a member of the Council of Europe, a rights body of which the ECHR is a part. Member States are obliged to enforce ECHR decisions, and Russia has done so in the past, even in Navalny cases.

But shortly after the court announced its decision, Russia’s Justice Ministry said its demands were “unreasonable and illegal” and that there were no legal grounds to release Navalny.

According to constitutional changes introduced in Russia last year, decisions enforced by international treaties may not be enforced if they are contrary to Russia’s fundamental law.

Back in court on Saturday

Navalny is being held in a detention center in Moscow after a court earlier this month decided to convert a temporary sentence for fraud, which he was sentenced to in 2014 to almost three years in prison for alleged breach of probation.

The European Convention had in 2017 ruled that the decision in that case was “arbitrary” and ordered Russia to pay compensation to Navalny and his brother Oleg, who were serving time in prison.

Navalny will return to court on Saturday to appeal his sentence in that case and in another trial facing charges of libel for calling a World War II veteran and others who appeared in a pro-Kremlin video “traitors. “.

In his complaint to the ECHR, Navalny claimed that the Russian government could not provide “adequate safeguards” for his life and health while in custody.

Navalny became violently ill on a flight over Siberia in August last year and was flown to Berlin for treatment. Western researchers later concluded that he was poisoned with a Soviet-era neurotoxin, Novichok.

While Navalny, whose investigations into the extravagant lifestyle of the Russian elite have raged in power, Putin says he ordered the attack, the Kremlin has repeatedly denied any involvement.

Navalny’s allies on Wednesday insisted that Russia must continue to follow the decisions of the European Convention.

“This must happen, it simply cannot be given otherwise that the European Convention (on Human Rights) is part of Russian law,” his lawyer Olga Mikhailova told AFP.

“Russia has always followed such decisions and will implement them now,” wrote Ivan Zhdanov, a key naval aide and trained lawyer, on Telegram.

The head of Navalny’s regional network, Leonid Volkov, said the decision was “binding” on Russia under its obligations as a member of the Council of Europe.

He said that non-compliance could lead to Russia’s exclusion from the Council and to “many and far-reaching consequences”, such as the breach of a number of international agreements.

Other Council of Europe members have refused to enforce the court’s rulings, including Turkey, which has rejected the court’s calls to release a Kurdish political leader and a civil society figure accused of involvement in a 2016 coup attempt.