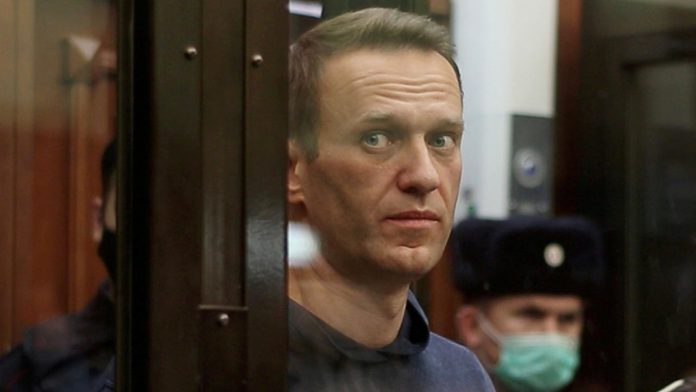 Kremlin critic Alexei Navalny has been transferred to a penal colony where he will serve more than two years, the head of Russia’s prison service said on Friday.

Russian President Vladimir Putin’s most prominent opponent was sentenced this month to two years and six months in a penal colony for violating the conditions when he recovered in Germany after a poisoning attack.

“He has been transferred to where he is supposed to be under the court decision,” quoted the state news agency RIA Novosti Alexander Kalashnikov, the head of the federal prison service.

Kalashnikov did not disclose the name of the prison but insisted that Navalny serve his sentence under “completely normal conditions”.

“I guarantee there is no threat to his life and health,” he added.

Last week, the European Court of Human Rights ordered Russia to release Navalny and said his life was in danger in prison, but Moscow quickly rejected the call.

A spokeswoman for the federal prison service said she could not provide further details and was not free to disclose personal information about convicts.

Navalny’s lawyer Vadim Kobzev told AFP on Friday that he was still not aware of his client’s whereabouts.

On Thursday afternoon, the opposition politician’s defense team said that Navalny had been transferred from a prison in Moscow to an unknown location, possibly to a penal colony.

Navalny spent months recovering in Germany after being poisoned by Soviet nerve agent Novichok, who saw him fall ill on a flight to Siberia in August.

Russia has denied involvement, but Navalny has said it was ordered by Putin.

Navalny was arrested immediately after returning to Moscow in mid-January, and Amnesty International declared him a prisoner of conscience.

Amnesty Wednesday, however, said Navalny was no longer granted that status because of previous comments he made that qualified him as an advocate of hatred.

The rights organization did not specify which comments it referred to. Navalny has been criticized for earlier nationalist statements against illegal immigration.

Amnesty defended its decision on Thursday, saying it opposed Navalny’s prosecution and detention.

“There should be no confusion: Nothing Navalny has said before justifies its current detention, which is purely politically motivated,” it said in a statement.