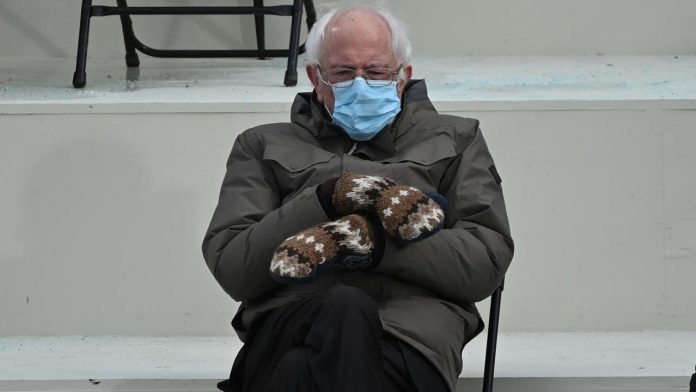 Jen Ellis, an elementary school teacher from Bernie Sanders’ home state of Vermont, has become something of a celebrity after the gloves she knitted became an Internet phenomenon when the left-wing senator wore them to US President Joe Biden’s inauguration on January 20.

Ellis, 42, taught online during the inauguration on Wednesday, but her phone was soon flooded with text messages telling her that Sanders was wearing her gloves when Biden swore in.