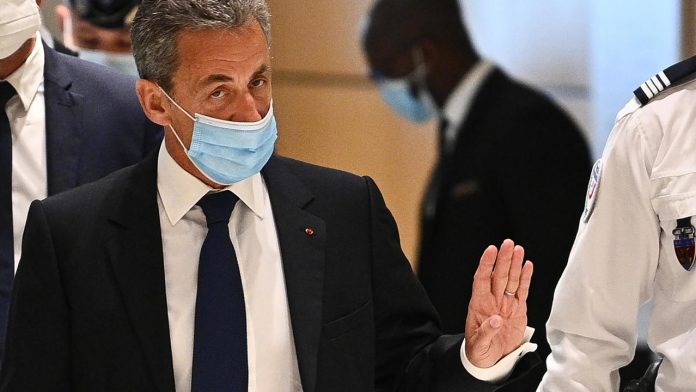 Former French President Nicolas Sarkozy said on Tuesday that he might consider appealing a corruption conviction to the European Court of Human Rights.

“I can not accept that I was convicted of something I did not do,” Sarkozy told the French daily Le Figaro a day after he was found guilty of corruption and sentenced to three years in prison.

The verdict, which gives a major blow to all remaining political ambitions that the 66-year-old may have, includes two years suspended and the remaining year to be served at home with an electronic bracelet.

The verdict was “full of inconsistencies”, Sarkozy told Le Figaro. It “provides no evidence, only a bundle of circumstantial evidence”.

Sarkozy, who was president for a period between 2007 and 2012, had already said on Monday that the results were “completely unfounded and unjustified” and that he would appeal.

The court found that Sarkozy had formed a “corruption pact” with his former lawyer and friend Thierry Herzog to persuade a judge, Gilbert Azibert, to obtain and share information about a judicial inquiry.

The crime was “particularly serious after being committed by a former president who was the guarantor of the independence of the judiciary,” it said in Monday’s verdict.

>> Explanation: Sarkozy is facing more trials and trials after a guilty verdict

Proposing the legal battle can be long, Sarkozy reiterated his determination to appeal.

But “it may be necessary to take this fight to the European Court of Human Rights,” he said.

“It would be painful for me to have my own country condemned, but I am ready because it would be the price of democracy.”

Asked about his political future, amid speculation that France’s right-wing friend could see him as a possible candidate in next year’s presidential election, Sarkozy insisted: “I have said I will not be a candidate and I stand for it.”