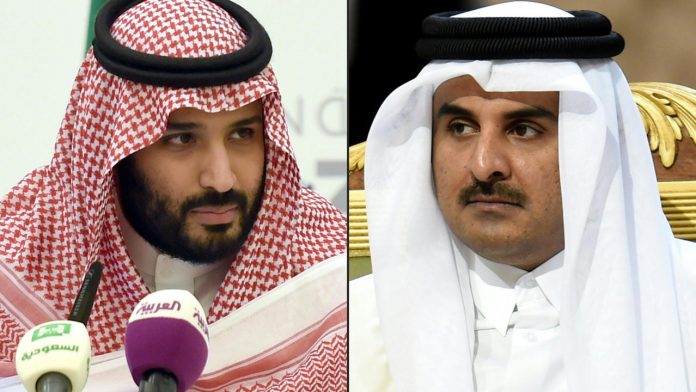 Saudi Arabia will resume its borders and airspace to Qatar, the Kuwaiti foreign minister said on Monday, more than three years after Riyadh sealed both and led an alliance to isolate Doha.

The bombing came ahead of a six-nation Gulf Cooperation Council (GCC) annual summit in the northwestern Saudi city of Al-Ula, where the dispute was already at the top of the agenda.

“Based on (Kuwait’s ruler Emir) Sheikh Nawaf’s proposal, it was agreed to open the airspace and land and sea borders between the Kingdom of Saudi Arabia and the state of Qatar, starting tonight,” Kuwaiti Foreign Minister Ahmad Nasser Al-Sabah said on state television.

Riyadh led a coalition of countries in the Gulf and then severed ties with Doha three and a half years ago, accusing it of being too close to Tehran and supporting radical Islamist groups – accusations that Qatar has always denied.

Washington has intensified pressure for a resolution on what Doha calls a “blockade,” and insists that the Gulf is necessary to isolate US nemesis Iran when the curtain falls on Donald Trump’s presidency.

The GCC is a bloc consisting of boycotting the countries of Saudi Arabia, the United Arab Emirates and Bahrain, neutral Kuwait and Oman and Qatar.

Eyes on the Emir

In June 2017, the Saudi-led GCC Hawks, along with Egypt, closed the airspace of Qatari aircraft, sealed borders and ports, and expelled Qatari nationals.

An information battle raged online with the two camps dealing with accusations and tags, which deepened the enmity.

The diplomatic freeze has only served to make Qatar more self-sufficient and to push it closer to Iran, observers say. It has also damaged Saudi strategic interests.

Analysts say Riyadh’s lifting of the ban on Qatar through its airspace, borders and waterways could have been Doha’s insistence before agreeing to send its ruler Emir Sheikh Tamim bin Hamad Al-Thani to the summit.

The emir has skipped the annual GCC meetings since the diplomatic crisis broke out in 2017, and many eyes have been focused on whether he will attend this time.

It has not yet been announced whether he will participate.

Any approach at the summit could prove to be preliminary, said analysts and diplomats, and few had expected a comprehensive resolution to the line.

At the beginning of the crisis, the boycott countries issued a list of 13 demands for Doha, including the closure of the pan-Arab satellite television channel Al Jazeera, commitments on “terror” financing and the closure of a Turkish military base in Qatar.

Qatar has not publicly bowed to any of the demands.

US security adviser Robert O’Brien had said in November that it was a priority for the Trump administration to allow Qatari aircraft to fly over Saudi Arabia via an “air bridge”.

Iranian media have said that Qatar has paid more than $ 100 million annually to use Tehran’s airspace to bypass Saudi Arabia.

In return, analysts have suggested that Qatar may agree to tone down Saudi Arabia’s coverage of its media, including Al Jazeera.