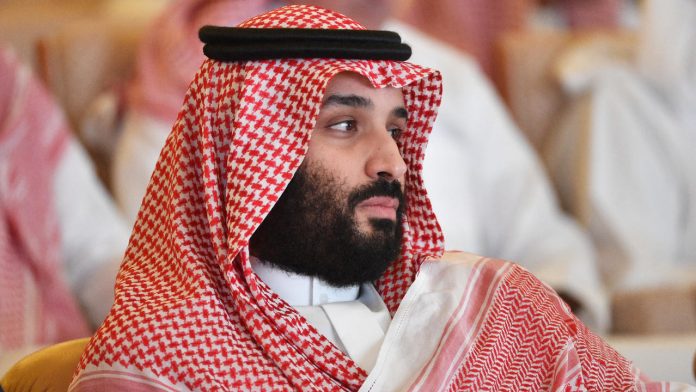 President Joe Biden’s decision to publish a US intelligence report claiming that Saudi Crown Prince Mohammed bin Salman approved an operation to “capture or kill” journalist Jamal Khashoggi not only changes the relationship between Washington and Riyadh, but also focuses on the Saudi heir and the actual rulers over the kingdom.

Saudi Crown Prince Mohammed bin Salman (MBS) had reason to fear Biden’s election victory over former President Donald Trump. As a presidential candidate, Biden told the Council on Foreign Forums that Trump “did not defend the slain American citizen” – Khashoggi had lived and written in the United States at the time of his assassination – “without his killer.”

After Washington Friday declassified an intelligence report accusing MBS of approving the operation that resulted in the assassination and partition of the Saudi journalist, the 35-year-old crown prince appeared to be the big loser on the diplomatic scene in the Middle East.

Biden, who wants to “calibrate” relations with Riyadh according to US Secretary of State Antony Blinken, has never hidden his hostility towards MBS, especially during the 2020 campaign.

Although Washington did not impose sanctions on the prince, Biden’s public rejection of his leadership – the president made his first call to Riyadh to 85-year-old King Salman, following a statement from the White House that Biden would only communicate with the king – reversed MBS ‘attempts to rehabilitate his image and his country’s image.

A rejection with international consequences

The diplomatic shift is a hard blow for the man who presented himself to the West as a tolerant and reformist leader, determined to cautiously liberalize an ultra-conservative empire.

MBS’s status has increased rapidly since his father, who became the Saudi king in early 2015, immediately appointed him Minister of Defense and since 2017 Crown Prince. The current heir to the throne became known for his project to transform the oil-dependent Saudi economy and his commitment to fighting corruption and terrorism.

But his initiative was quickly overshadowed by brutal methods of governance and authoritarianism. A few months after becoming crown prince, MBS became de facto ruler of Saudi Arabia and transformed the Wahhabi Islamic kingdom from a monarchy based on unity between different branches of the royal family to a personal regime with power concentrated in his hands.

Charming offensive and foreign tours received media attention and made people forget about hasty campaigns to arrest members of the royal family, human rights activists, intellectuals and critics. Khashoggi, who had gone into exile in the United States the same year that MBS became crown prince, condemned such abuses on several occasions in uncompromising leaders in The Washington Post.

The Khashoggi assassination on October 2, 2018, during a visit to the Saudi consulate in Istanbul, a breach of UN special report Agnes Callamard said it was credibly linked to MBS in a 2019 report, ruined the crown prince’s image and placed the Saudi monarch’s human rights record in the spotlight.

This register contains restrictions on freedom of expression and association, a ban on peaceful assembly and denial of religious freedom, in addition to Islam. The document also includes discrimination against women and Saudi Arabia’s Shia minority, unfair trials and arbitrary death sentences and torture.

The Saudi monarchs’ repression of domestic disagreement is not new, but it has become more serious since the MBS came to power.

“A humanitarian catastrophe” in Yemen

The Crown Prince’s international moves have not led to positive results according to Karim Sader, political scientist and the Persian Gulf.

“Whether it’s the grass ant in Yemen that has become a Vietnam at the gates of the kingdom, the muscular embargo aimed at weakening Qatar, or even the pressure on Lebanon and the dubious departure of (then) Prime Minister Saad Hariri … None of His initiative has allowed the Saudis to strengthen their position on the regional chessboard against Iran, Sader told Jowharat the end of last year.

The World Food Program calls the situation in Yemen, where Saudi Arabia has supported forces fighting Iran-backed Houthi rebels since March 2015, “one of the world’s worst hunger crises”, and the UN is hosting a virtual fundraising event on Monday to stave off a potential famine.

Biden announced in early February that the United States would stop supporting the Saudi coalition in Yemen, describing the war there as “a humanitarian and strategic disaster” more than three weeks before his administration released the intelligence report on Khashoggi’s assassination.

Celebrated by then-President Trump during a visit to Saudi Arabia in May 2017, MBS had linked its diplomacy to the previous government, focused as he did on weakening Iran and became close to Jared Kushner, Trump’s son-in-law whose portfolio included the Middle East.

The Crown Prince’s relationship with Trump The White House served him well when news of Khashoggi’s death broke out. Trump personally defended the Saudi heir to secure his support for the Israeli-Palestinian peace plan of the Kushner-created “century” and for certain Gulf countries and Israel to establish diplomatic relations.

But American media, democratically elected officials and even top Senate Republicans including Trump ally Lindsey Graham, who said that “you have to be consciously blind not to come to the conclusion that this was organized by people under control” by the Crown Prince. was unsavory in his condemnation.

The newspaper Newsweek on October 19, 2018 revealed an unpublished and undated interview with Khashoggi in which the Saudi journalist said “deep inside him, [MBS] is an old-fashioned tribal leader who wants to preserve “his authoritarian rule”. He also said he feared for his own life.

MBS himself took “full responsibility” for Khashoggi’s murder in a TV interview almost a year after the murder took place, but denied that he had ordered it. Riyadh has never revealed the whereabouts of Khashoggi’s body, which did not return after his appointment at the Istanbul Consulate on October 2, 2018.

With Friday’s publication of the CIA report, the strong man of the Wahhabi monarchy is no longer untouched. Biden’s choice to extend a hand to Tehran with a view to a possible return to the 2015 nuclear deal and his restrictions on military assistance to Riyadh has undoubtedly caused the Crown Prince to lose the sense of impunity he enjoyed during Trump’s term.