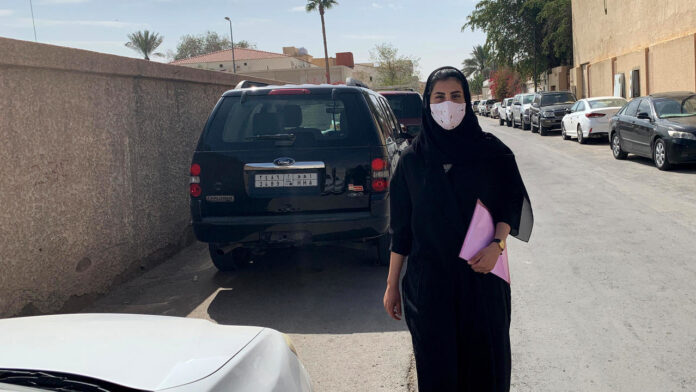 A Saudi court on Tuesday upheld the original verdict of women’s rights activist Loujain al-Hathloul, who had fought for women’s right to drive and put an end to Saudi Arabia’s male guardianship system.

Hathloul was sentenced in December to nearly six years in prison under broad-based cybercrime and terrorism laws after a lengthy trial that led to widespread international condemnation, but she was released last month after serving half of her sentence.

When she went to the courthouse on Wednesday morning before the appeal, Hathloul (31) heard from journalists that she hoped that Riyadh’s specific criminal case would change her sentence – her first public comments since her arrest in 2018. However, the court decided that it would.

Hathloul was arrested in May 2018 and sentenced in December to almost six years in prison on charges that UN rights experts called false.

The court suspended two years and ten months of her sentence, most of which had already been served. Hathloul, whose release is conditional, is still under a five-year travel ban.

Hathloul stepped forward in 2013 when she began publicly fighting for women’s right to drive in Saudi Arabia, an absolute monarchy.

Saudi law had previously banned women from driving, but that was changed in June 2018, allowing them to do so.

She was arrested for the first time in 2014 when she tried to drive across the border from the United Arab Emirates – where she had a valid driver’s license – to Saudi Arabia.

She spent 73 days in a women’s detention facility, an experience she later said helped shape her campaign against the conservative kingdom’s male guardianship system.

In recent years, the kingdom has lost the heavily criticized custody system, which assigned each woman a male relative – a father, brother, husband or son – whose approval is needed for various major decisions during a woman’s life.

US President Joe Biden’s administration, which has taken a tough stance on Saudi Arabia’s human rights record, has called on Riyadh to release political prisoners, including women’s rights activists.

Washington said earlier this month that it was encouraged to see some activists – including Hathloul – released. But it called on Saudi Arabia to lift travel bans, commute penalties and settle cases, including women’s rights activists.

In January, a Saudi appeals court halved nearly six years in prison for an American-Saudi doctor and suspended the rest, meaning he did not have to return to prison.