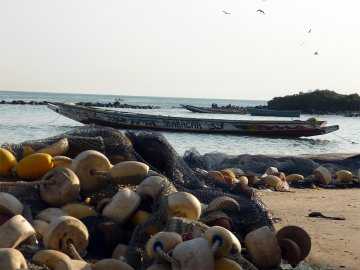 At least 140 people have drowned after a boat carrying about 200 immigrants sank off the coast of Senegal, according to the United Nations Migration Agency. The shipwreck is the deadliest so far this year.

Senegalese and Spanish naval units as well as nearby fishermen rescued 59 people and retrieved the remains of 20 others, according to local media reports.

The shipwreck follows a series of four shipwrecks in the central Mediterranean off Libya last week as well as another in the English Channel on Tuesday.

According to the UN migration agency IOM, the ship left Mbour – a coastal town in western Senegal – on Saturday (October 24), on its way to the Canary Islands. The boat burned a few hours after departure and capsized near Saint-Louis on Senegal’s northwest coast, the IOM wrote in a press release released on Thursday.

The IOM also announced that it had arranged a mission with the Senegalese government to travel to Saint-Louis to assess the needs of the survivors and provide “immediate psychosocial assistance.”

The shipwreck brings the number of reported deaths on the Atlantic hiking route so far this year to at least 414. In all of 2019, there were 210 reported fatalities on this route.

Spike in the Canary Islands arrivals

The number of departures from West Africa to the Canary Islands has increased significantly in recent weeks. In the four weeks between 28 September and 25 October, an estimated 5,200 migrants arrived in the islands, almost twice as many as in September and more than six times as many as in August.

An estimated 11,000 migrants have arrived in the Canary Islands so far this year compared to 2,557 arrivals in the same period last year, according to IOM data. In 2006, over 32,000 people arrived on the islands – the largest number to date.

Many immigrants on their way to the Canary Islands sailed from Senegal: In September alone, IOM registered 14 boats with 663 migrants leaving Senegal for the Canary Islands. Of these boats, 26% experienced an incident or shipwreck according to the IOM.