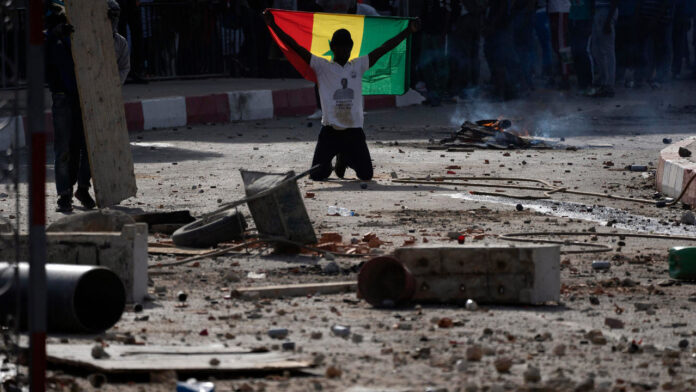 A Senegalese opposition movement has suspended a demonstration scheduled for Saturday after previous protests against the arrest of one of the president’s rivals sparked the country’s worst unrest in years.

The collective called the Movement for Defense of Democracy, or M2D, said in a statement on Friday that it is postponing the demonstration indefinitely after discussions with religious leaders.

“After the discussions, M2D agreed to the request to postpone the demonstration,” it said without specifying a new date.

It had previously called for a peaceful demonstration in the capital Dakar on Saturday to push for the release of political prisoners.

At least five people have been killed in previous clashes across the country, according to an AFP lawsuit, in violence that erupted on March 3 when police arrested opposition leader Ousmane Sonko.

The unrest continued until March 8 and there are conflicting stories about the number of people who died.

Sonko, a 46-year-old government critic popular with young Senegalese, was arrested on his way to court last week in connection with a rape charge against him.

A court then released him from detention on Monday, but still charged him with rape.

>> Senegal’s opposition leaders are calling for “much bigger”, “peaceful” protests

Sonko finished third in the 2019 presidential election and is considered a challenger to replace President Macky Sall in 2024.

Sonko has denied wrongdoing and has accused Sall of fabricating the rape charge to remove him from politics.