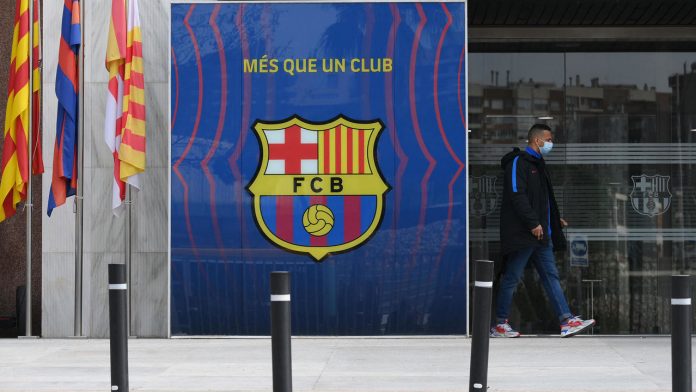 Police said they made several arrests on Monday after raiding FC Barcelona’s stadium and office in a search and arrest operation.

The Catalan club confirmed that the police were at the team’s headquarters but did not provide further information.

Spain’s Cadena Ser radio said one of those arrested was former club president Josep Maria Bartomeu, who resigned in October, along with CEO Oscar Grau and the club’s head of legal services.

But police declined to confirm names, saying only “arrests are underway”, adding that the operation is being conducted by officers from the Financial Crimes Unit.

“We are conducting an operation right now with agents of the Financial Crimes Unit,” a police spokesman told AFP.

Spanish media said the operation was related to last year’s “Barçagate”, in which club officials were accused of launching a smear campaign against current and former players who were critical of the club and then-president Bartomeu.

Cadena Ser said that Barca paid one million euros in six separate invoices to the company I3 Ventures, which the club has since linked.

Bartomeu and his board resigned last year in the middle of the controversy surrounding Lionel Messi. The club has become embroiled in political unrest and guilt caused by the coronavirus pandemic.

The operation comes less than a week before the presidential election is to be held at the club.