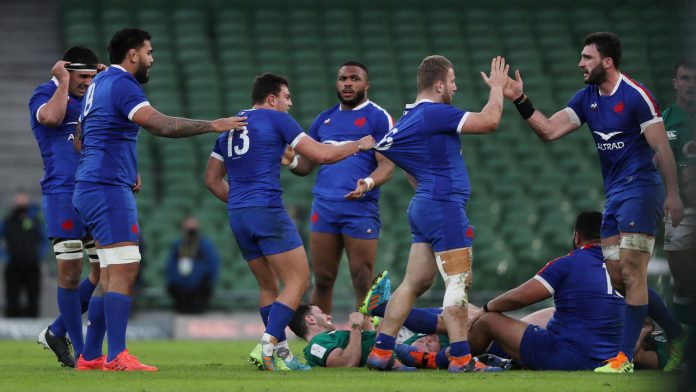 FFR said that of the 32 tests performed on players on Friday, 29 had returned negative.

All members of the squad will be tested again on Sunday.

France are scheduled to play Scotland in the Six Nations at the Stade de France on 28 February.

Health Minister Olivier Veran announced on Thursday that anyone who tested positive for Covid-19 would need to isolate for ten days, instead of seven previously, as France appears to contain the emergence of a variant that first appeared in the UK.

FFR has investigated a possible contamination from the rugby team, who had participated in training sessions, but concluded that it could not yet be proven that they were the source of the contamination.

FFR also decided that none of the members of the squad could be considered a close contact by the rugby player who tested positive.

FFR said that a new squad with 31 players will be announced on Sunday.

Les Bleus leads the Six Nations standings with two wins from two matches. They have not won the championship since 2010, the year of their most recent Grand Slam.