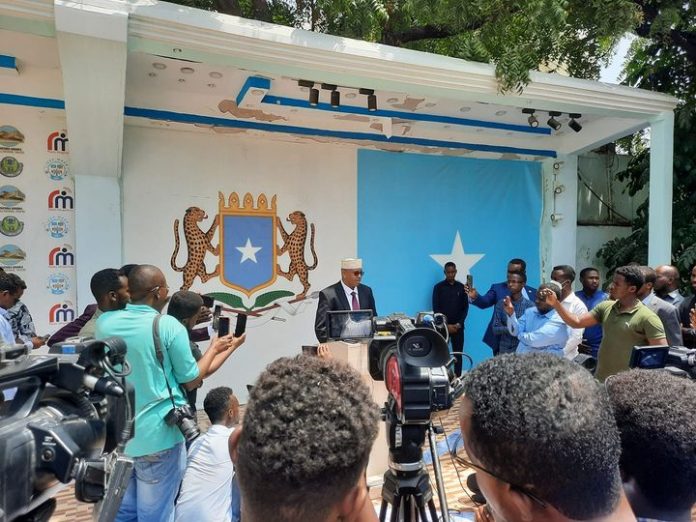 At a recent press conference in Mogadishu, Information Minister Osman Abukar Dubbe outlined the Somali government’s position that the maritime case should not be postponed.

“The issue of adjournment of cases for the fourth time, which we rejected this morning, is a blow to international justice,” said Minister Dubbe.

The minister confirmed that the Somali government has sent a letter to the ICJ and is ready to take part in the case.

“The Federal Government of Somalia this morning, Thursday 11 February, 2021, has written to the International Court of Justice (ICJ) in The Hague, the Netherlands, stating that Somalia is ready to take part in the trial. scheduled for a few weeks after March 15, 2021, ”reiterated the Somali federal government’s information minister.