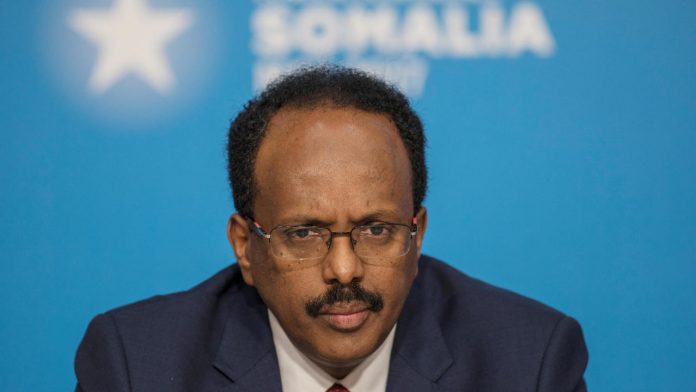 Somalia severed diplomatic ties with neighboring Kenya on Tuesday, accusing it of meddling in politics when protests and shootings erupted in the capital Mogadishu following late elections.

The dispute could undermine cooperation in the fight against the Islamist group al Shabaab in Somalia, where Kenya is providing 3,600 troops to a peacekeeping force in the African Union.

Dube added in a statement read on Radio Mogadishu that Nairobi was disturbing, but did not give further details.

“This is a response to the constant political insult and Kenya’s open interference in Somalia’s independence,” he said.

The Kenyan government did not respond immediately.

Mogadishu’s move following a two-day visit to Kenya by Muse Bihi Abdi, president of Somalia’s break-in region in Somaliland, which ended on Monday.

During the visit, Abdi and Kenyan President Uhuru Kenyatta promised “an unwavering commitment to deepen the cordial bilateral relations” between Kenya and Somaliland, according to a statement from the Kenyan presidency.

Mogadishu regards Somaliland as an integral part of Somalia.

Last month, Somalia expelled Nairobi’s ambassador and recalled its own envoy after alleged involvement in the electoral process in Jubbaland.

Jubbaland, which borders Kenya, is one of Somalia’s five semi-autonomous states.

The diplomatic outcry erupted when protests against the government broke out in Mogadishu. Protesters condemned President Mohamed Abdullahi Mohamed – commonly known by his nickname “Farmaajo” (cheese) – over delayed votes for both houses of parliament.

The votes were to take place at the beginning of this month but were hooked by disagreements over the composition of the election board.

The opposition accuses the government of having packed it with sympathizers, which officials deny.

“We do not want a dictator, we do not want Farmaajo,” hundreds of protesters chanted, begging him to stop. Some bare placards with “Farmaajo is a curse” written on them.

There was no immediate response from the government to the protests.