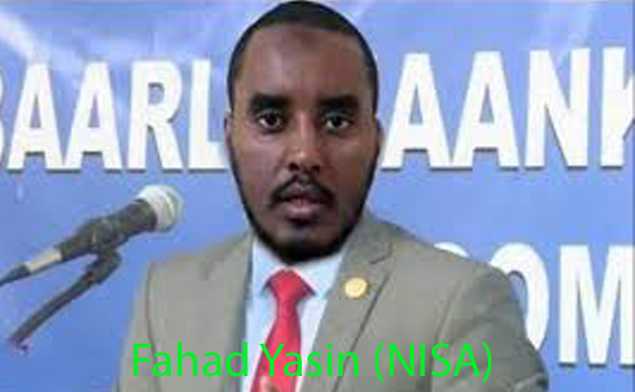 Somalia has become a money pit for the United States. In recent years, the U.S. government has pumped hundreds of millions of dollars annually into the country.

Just one month ago, Ambassador Donald Yamamoto and Somali Minister of Finance Abdirahman Duale Beyle signed a deal to reduce Somalia’s U.S. debt. “When Somalia reaches the final stage … the United States will have forgiven more than $1 billion in debt,” the embassy reported.

Generous debt relief is just the tip of the iceberg, as Yamamoto, who crafted Somalia strategy as an assistant secretary prior to his current post, appears to believe that channeling money through Mogadishu can enable the Somali government to buy friends and allies.

Most of the U.S. investment has been in the person of President Mohamed Abdullahi Mohamed, better known to Somalis as “Farmajo,” but much of the State Department’s hope appears misplaced. Thrust into Somalia’s presidency, Farmajo has modeled himself more after his uncle (the late dictator Siad Barre, whose venality and thirst for power drove Somalia into state failure) than any inspiration garnered during his years in America.

Farmajo may be president, but perhaps the most powerful man in Somalia is Fahad Yasin Haji Dahir, the head of the country’s National Intelligence and Security Agency. Farmajo might try to stitch together political coalitions, but it is Fahad who is the point man in efforts by Somalia to defeat terrorism and, in theory, the point of contact between the various intelligence services who seek to defeat the al Qaeda-affiliated al Shabab. That the United States also reportedly funds Somalia’s intelligence agency makes him directly the target of American largesse. Off-books, Fahad also reportedly receives money from Qatar and perhaps Turkey as well.

That such investment has not paid off should not surprise. A deep dive into Fahad’s biography suggests he could very well be al Qaeda’s inside man in the Somali government.

Clans are important in Somalia and Fahad was born into a minor one: the Reer Aw-Hassan, a subclan of the Kalweyne, which are concentrated in the Somali-populated region of Ethiopia. When Fahad was around four years old, his mother Halima Said Dhere and father divorced, and Fahad traveled with his mother from Gedo to Mogadishu, where she settled in a shantytown in the Hawlwadaag district of the capital, near where the Black Hawk Down episode would later occur.

Fahad studied in a series of madrasas, including the Moalim Abdirahman Dhere, near the Salama mosque, and the Isbaheysiga Islaamka Mosque. Most of his non-Quranic education appears to have been self-study rather than formal. Childhood acquaintances describe him as a loner.

In the late 1980s, Halima married Abdulkadir Gardheere, from the Marehan clan. Those who knew Abdulkadir described him as a religious fanatic. There was initial tension between Fahad and his stepfather, who insisted that Fahad adopt his extremist lifestyle or be cast out onto the streets. Ultimately, Fahad caved in, and Abdulkadir soon began to indoctrinate the teenager Fahad into radicalism.

In 1991, when the Siad Barre regime collapsed, Fahad’s family fled to Kenya because both stepfather and mother had clan connections to the ex-dictator. They found refuge for several years in the Utanga refugee camp near Mombasa. In Utanga, Fahad became a prayer leader in the Abu Dujana mosque.

It was there that he met Abdishakur Ali Mire and Gamal Mohamed Hasan, both of whom were involved in al Ittihad al Islamiya, a U.S.- and UN-designated terrorist group affiliated with al Qaeda. The relationship among the three has continued: Gamal is today Somalia’s minister of planning and international development, a capacity in which he also receives U.S. aid money, and Abdishakur is a member of parliament.

Fahad next moved to Nairobi, where he studied at the Sixth Street Mosque in Eastliegh, near where his stepfather, who had joined al Ittihad al Islamiya, had bought a restaurant. In mid-1997, Ethiopian forces killed Fahad’s stepfather as he fought in Beled Hawo. It was a formative moment that crystallized Fahad’s anti-Western, anti-Christian animus. His friends and acquaintances at the time say he then began to rail about “Western crusaders in East Africa.”

As the internet took off, Fahad seized upon the new technology and soon gained a following for his work on a radical nationalist portal called Somalitalk.com where he discussed politics, often from an Islamist perspective. There is then a gap in his public activities, with some friends suggesting he traveled to Yemen to continue his religious studies, while other friends say he instead went to Pakistan.

Regardless, when he returned to Somalia, he met Farah Sheikh Abdulkadir, a prominent clansman and politician, who had graduated from the International Islamic University in Islamabad. Farah introduced him to Wadah Khanfar, a Palestinian classmate of his who was chief editor at Al Jazeera, the Qatari satellite network.

Fahad initially served as a religious tutor for Khanfar’s children but, as Islamists gained ground in Somalia in late 2005 or early 2006, Fahad returned to Mogadishu as an Al Jazeera stringer. He immediately distinguished himself by gaining access to an Islamist training camp in Ras Kamboni, where Sheikh Hasan Turki, an al Ittihad al Islamiya veteran and founder of al Shabab, personally gave him a tour of the camp. He also interviewed al Shabab figures who, at the time, were sheltering al Qaeda operatives wanted in the 1998 attacks on the U.S. embassies in Kenya and Tanzania.

During his time with Al Jazeera, Fahad confided in friends that he also trained as an informant for Qatari intelligence. His Kenyan passport enabled him to travel more widely and give coverage and publicity to al Shabab. In 2012, he began a more active role in Somali politics, using Qatari money to buy votes from Somali members of parliament. He has, until recently, bragged about this role as Qatar’s bagman and as the behind-the-scenes key to political success. In 2016, Fahad began channeling Qatari funds in support of the Farmajo campaign, an investment that paid off the following year both for Farmajo and for Fahad, who ultimately became Farmajo’s intelligence chief.

In that role, Fahad brought in Islamist allies and dismissed old-guard professionals. After al Shabab executed an attack in October 2017 that killed more than 500, Fahad struck a deal with his terrorist allies in which they would reduce operations in the capital in exchange for the intelligence service turning a blind eye toward taxing businesses and citizens in the capital. It is this relationship that Farmajo hinted at when he urged al Shabab to attack targets outside Somalia.

In addition to his past ties to al Ittihad al Islamiya and his close relationship with al Shabab, Fahad’s actions show that he still maintains a quid pro quo with Qatar. In December 2017, for example, Fahad reportedly ordered an attack on the home of a rival politician and presidential contender in which his forces killed six guards and apprehended Abdirahman Abdishakur Warsame, apparently because Qatar distrusted his links to the United Arab Emirates. Fahad’s Qatar and terror ties also emerged in the press in the aftermath of a leaked phone call suggesting Qatar had ordered a terror attack on Bosaso, the main port in Puntland.

Back to Washington: Too often, the State Department calibrates policy toward wishful thinking rather than reality. At the same time, diplomats are loath to abandon peace or development processes once underway. Yamamoto and others in the State Department’s Africa Bureau have invested years in seeking to build Africa up from the rubble and are unwilling to accept clear evidence that the process has derailed.

There is no clearer example than in Somalia, where the desire to maintain business as usual has led the State Department and other government agencies to pour funds into a government organization whose leader embraced radicalism at a young age, blames the West for the death of his father, and has, for two decades now, had uncomfortably close ties to al Qaeda affiliates.

Simply put, until Farmajo dismisses Fahad as head of the National Intelligence and Security Agency and Somali officials credibly investigate him for his terror ties and abuses of power within Somalia, the U.S. government should cut Somalia off from all U.S. government assistance. Perhaps the U.S. Embassy in Somalia wants to look the other way, but Congress should not.

Michael Rubin (@Mrubin1971) is a contributor to the Washington Examiner’s Beltway Confidential blog. He is a resident scholar at the American Enterprise Institute and a former Pentagon official.

French boxer protests after being disqualified from Olympics over headbutt