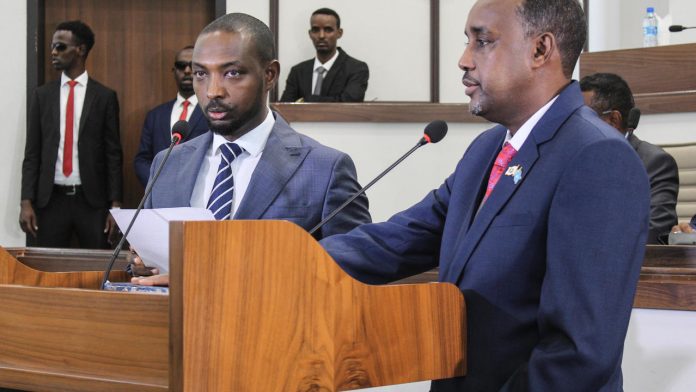 At least 10 people were killed on Friday in a town in Somalia’s semi-autonomous state of Galmudug when a suicide bomber detonated a unit at a rally to be hosted by the country’s prime minister, a security official said.

Prime Minister Mohamed Hussein Roble was on his way to address the meeting at a stadium in Galkayo, a city in central Somalia where many residents and security forces had gathered to welcome him before the explosion, Prime Minister Galmudug said in a post on his Facebook page.

He said the number of deaths could increase.

Somalia’s al-Qaeda-linked Islamist group, al-Shabaab, claimed responsibility for the attack, saying it “targeted the apostate prime minister who was visiting the city.”

Among the dead, al-Shabaab’s military operations spokesman, Abdiasis Abu Musab, told Reuters that some were US-trained.

The group has been fighting for more than a decade to overthrow the Horn of Africa for Africa’s central government and establish its own government based on its strict interpretation of Sharia law.

Farah Ali, a Galkayo resident who witnessed the bombing, told Reuters in a telephone interview that the arena was full of a huge crowd before the explosion.

“I counted seven dead including soldiers and civilians and over a dozen injured,” he said.