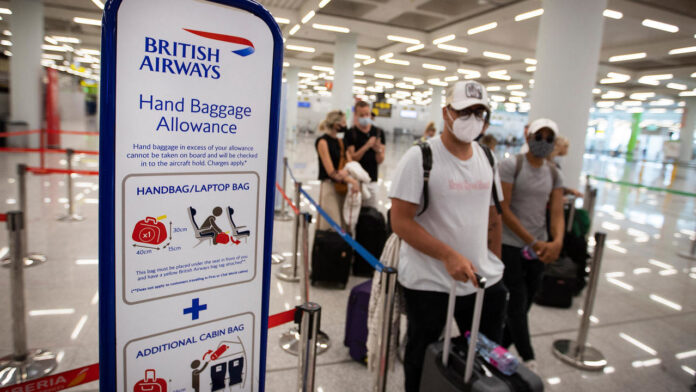 On March 30, Spain will lift restrictions on arrivals from Britain that have existed since December to prevent the spread of new coronavirus strains, government spokeswoman Maria Jesus Montero said on Tuesday.

Restrictions on arrivals from Brazil and South Africa will be extended until April 13, but “not those with the UK” as the country’s vaccination campaign is very advanced, she told a news conference.

Since December 22, only legal residents or citizens of Spain and the neighboring micro-state of Andorra have been allowed by air and sea from the United Kingdom.

A similar restriction on arrivals from Brazil and South Africa came into force on 3 February.

The only exception is passengers in transit, who can not leave the airport or stay there longer than 24 hours.

The British government on Saturday hailed its coronavirus vaccination program as “a huge success” after announcing that half of the adult population had now had a jab.

The end of restrictions on arrivals from the UK will come into force ahead of Easter Day, which this year falls on April 4, traditionally a peak holiday period.