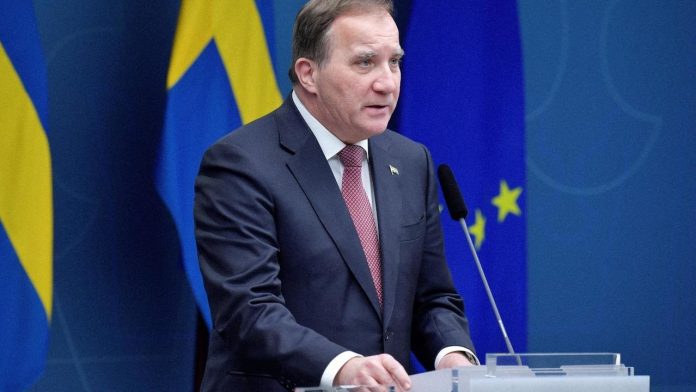 Sweden on Friday reversed face masks and recommended that they be worn on public transport during holidays, after previously resisting their use in the fight against Covid-19 except in healthcare.

Prime Minister Stefan Lofven announced several new measures and told a press conference that the Swedish Public Health Agency now “recommends face masks and that they should be used on public transport at certain times”.

Johan Carlson, head of public health care, emphasized at the same time that face masks should not be seen as a substitute for maintaining physical distance, and the recommendation was limited to situations that were impossible.

“We do not think it will have a decisive effect, but in this specific situation it may have a positive effect,” Carlson said, adding that wearing them on the street did not seem significant.

In addition to the recommendation on face masks, Lofven said on December 24, that the maximum number of people allowed to share a table in a restaurant would be limited to four and that restaurants and bars would not be able to sell alcohol after 20.00.

The country has differed from other nations by avoiding lockdown.

It is experiencing a strong second wave of Covid-19 and has already tried to increase preventive measures during the autumn.

Asked whether stricter measures were necessary, Lofven claimed that the strategy was calibrated for the long haul.

“A serious shutdown would have no effect in the long run because people would not be able to do it,” Lofven told reporters

But as cases have increased, authorities have urged people to limit social interactions to those in their households or a very small circle of friends.

However, some measures are binding and on 24 November a ban on public gatherings of more than eight people came into force, reducing the number from 50.

The total number of deaths associated with Covid-19 in the country of about 10.3 million reached 7,993 on Friday, with more than 500 people in the last week and almost 2,000 since the beginning of November.