Home NEWS Teaching in France: ‘I want to be at the forefront to make...
Facebook
Twitter
WhatsApp
Linkedin
LINE 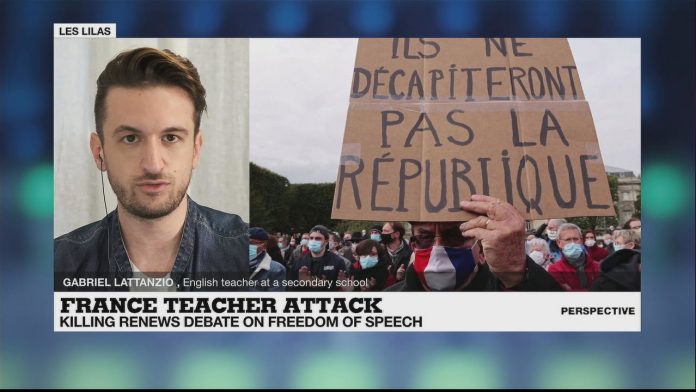 France holds a national tribute to Samuel Paty, the history teacher who was murdered outside his school because of a class he gave on free speech, where he showed cartoons of the Prophet Mohammed. We spoke with Gabriel Lattanzio, an English teacher at a high school on the outskirts of Paris. To him, the fact that some people, including parents, felt they could speak out against Paty shows that teachers are “discredited”. Lattanzio says the government, which promises full support for teachers, is not enough. “I want to be in the front line to make the kids better,” he told FRANCE 24.