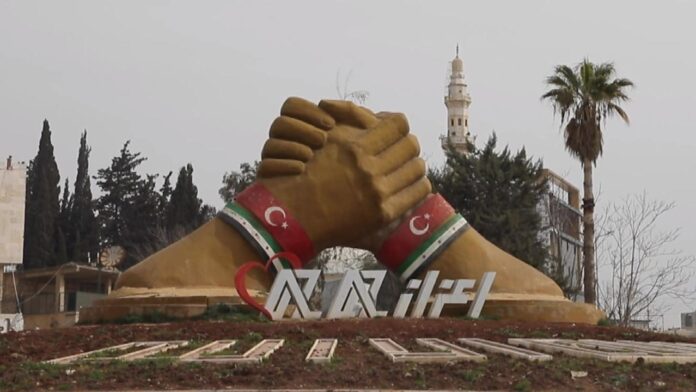 At every checkpoint, at every intersection, the revolutionary Syrian flag flies next to the Turkish crescent moon and star. © France24

Ten years have passed since the Syrian uprising began. Although President Bashar al-Assad still holds power in Damascus, entire parts of the country are now out of his control and Syria has been divided into several zones under foreign influence. Since 2016, Turkey has conducted several military operations on Syrian territory and now has effective control over entire regions. Jowharwas granted exclusive access to the Syrian but Turkish-ruled city of Azaz, just south of the Turkish border. See our report by Ludovic de Foucaud and Hussein Assad.